This blog is written by Funmi Ladejobi, who has recently completed her PhD at NIAB working on wheat and rice pre-breeding and joined us for a visit to a Wicken Fen farm. 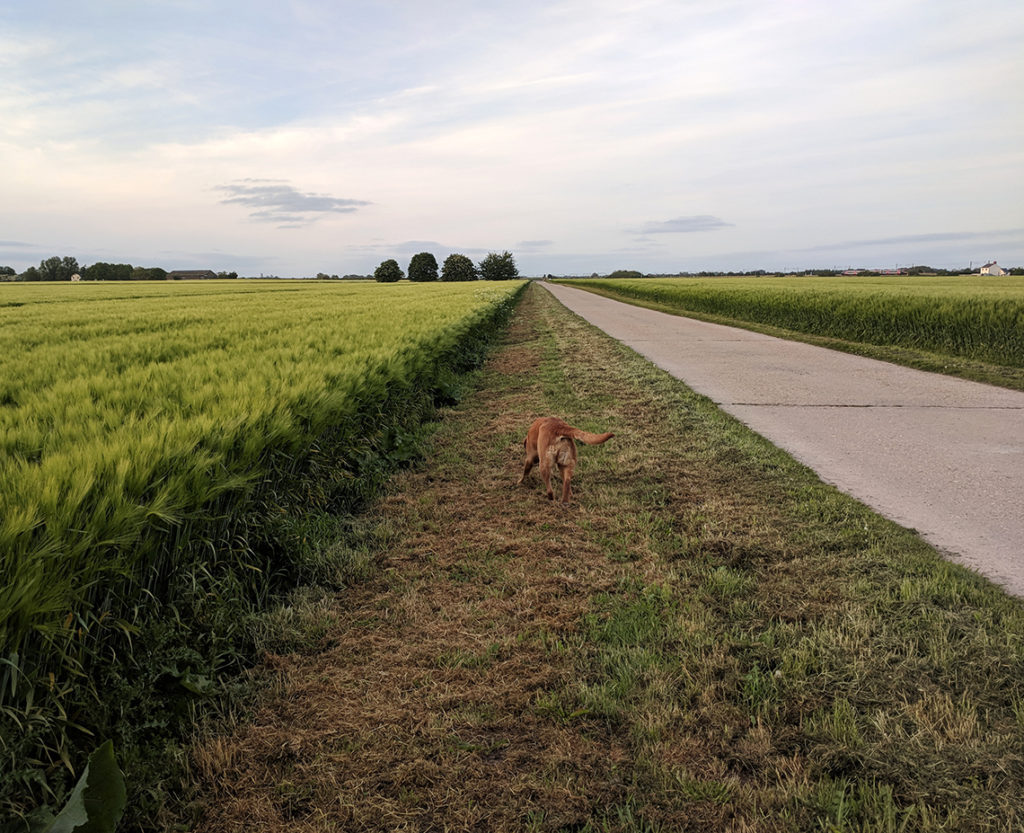 The Young Innovators’ Forum had a very educative visit to Wicken farm, hosted by farmer Luke Palmer. The farm is a highly innovative one which features a unique irrigation and water management system, tillage trials, solar panels and robotics system for potato packaging.

Upon arrival, we were given a brief history of the Fen and a tour of the Stretham Old Engine house, which houses the last of the steam engine pumps that had been used in the mid-19th to the early 20th century for draining the Fens. Drainage of the Fens began as far back as the 17th century and as a result, organic matter in the Fens, mainly comprising of peat, started to rot and the Fens began shrinking. Most of the irrigation used in the farmers’ fields around this area come from flood water in the Fens. The farmers around the Fens have installed water controllers in their fields in order to control the water level around the farms and to allow for sub-irrigation.

We were next shown around various parts of the farm. The farm grows specialist crop varieties for a number of companies. In the hybrid barley fields, they were also conducting trials for sowing density. We were taken to the fields where a new commercial soybean was being grown and simultaneously used to conduct tillage trials. Three different tillage levels were being tested in this field. The zero tillage method was working best at the time as the crops in this field grew fastest and they had the least problems with weeds.

However, they did not recommend any particular tillage method as the results of tillage trials could often be inconsistent. They recommended that tillage methods should be applied on a case by case basis. We were given a brief demonstration of the GPS system being used to coordinate farm machineries such as the drills and sprayers. The farm also boasts its own solar panels which currently generate about 90 megawatts of electricity and also allows them grow sheep under the panels. They plan to use the electricity generated to run the robotics system and to acquire more electric farm machinery.

Lastly we were shown the potato shed where the farm had a robotics system installed for potatoes packaging. After harvest, potatoes were stored at 8°C, a temperature which they discovered was optimal for maintaining the quality after harvest. The semi-automated robot were currently used to sort and stack potatoes in crates. They plan to procure more robots with higher levels of automation in order to reduce manpower and to compensate for labour shortage on the farm.

Agri-Tech East’s Young Innovators’ Forum, kindly sponsored by The Morley Agricultural Foundation, is designed to help farmers and scientists understand more about each other’s worlds through a series of free to attend events. Cambridgeshire events are coordinated through CambPlants and Cambridgeshire Young Farmers.