This July, KWS UK Ltd. was the most recent host of our Young Innovator’s Forum in Cambridge. KWS are one of the leading global seed breeders (of 36 varieties on the recommended list, 15 are from KWS) and we were fortunate that Jacob Lage, Head of Wheat Pre-Breeding, was keen to talk to our YIF.

We kicked off by learning about the 10-13 year process (!) to get a new variety from first cross to commercial sale – going from initial yield tests and negatively selecting crosses, to quality testing (eg biscuit and bread baking tests), to getting the variety on the recommended list. All told, they cut down from an original 2.5 million plants to just 1-2 commercial varieties. 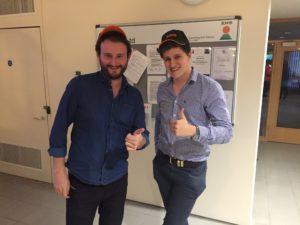 This long process means a lot of pre-emptive and speculative crossing from breeders; they need to predict what might be an issue in the next 10 years, and breed to protect against that.
A great question asked “How does commercial research differ from academic?” Jacob explained that, commercially, if a project isn’t working, you can just stop doing it – you aren’t forced to push on with a project due to fulfil your grant specs. However, you can’t peruse a project for scientific interest – Jacob does have to be able to tell his boss that the project could end in a new variety. “If we don’t fail, we aren’t trying hard enough”; by experimenting with new ideas, some projects will fall through, but some will come out better than expected. You’re allowed to take chances and see where a new line of thinking might take you which adds more fun to the work.

We also had an in-depth discussion about hybrid wheat. Hybrids are not new to agriculture, but have so far not been a commercial success in wheat. We heard that wheat is in desperate need of new genetic diversity, and hybrids could give us the new crosses we need. Early trials suggest a 1 tonne/hectare improvement over conventional wheat; however, seed production is the stumbling block for hybrid wheat as it’s difficult to do on a commercial scale. Only the female plants can be harvested (50-75%) as the rest a males, which results in higher seed costs. To round off, a well put sentiment was that, farmers are the smartest people in the world when it comes to economics. They won’t use something without proof that it will help make money. Hybrids won’t be a success if they can’t deliver.

A great comment from our scientists was that hybrids aren’t just about improving yield, but also not losing it – for example, increased disease resistance or ability to withstand unpredictable weather will allow farmers to get their investment back in a stable, reliable way.

We then discussed the notion that hybrid wheat doesn’t produce well in its second generation and whether that was unfair on farmers. Typically, many farmers will use saved seed for their next harvest (for example, In Poland only around 15% is invested in new seed every year and in the UK it is still only 50%), but they would be unable to do that as their second year harvest would be lower. However, companies like KWS need sales so they can re-invest into their R&D to breed higher-yielding varieties. Farmers get new varieties to improve yield, and KWS get money to invest in new varieties – it’s a win/win.

This write-up only scratches the surface of what we discussed over the course of the evening; we had some thought provoking questions, and after the presentation Jacob had a large crowd of people asking questions that we couldn’t get home! Please do get in touch if you want to know more. 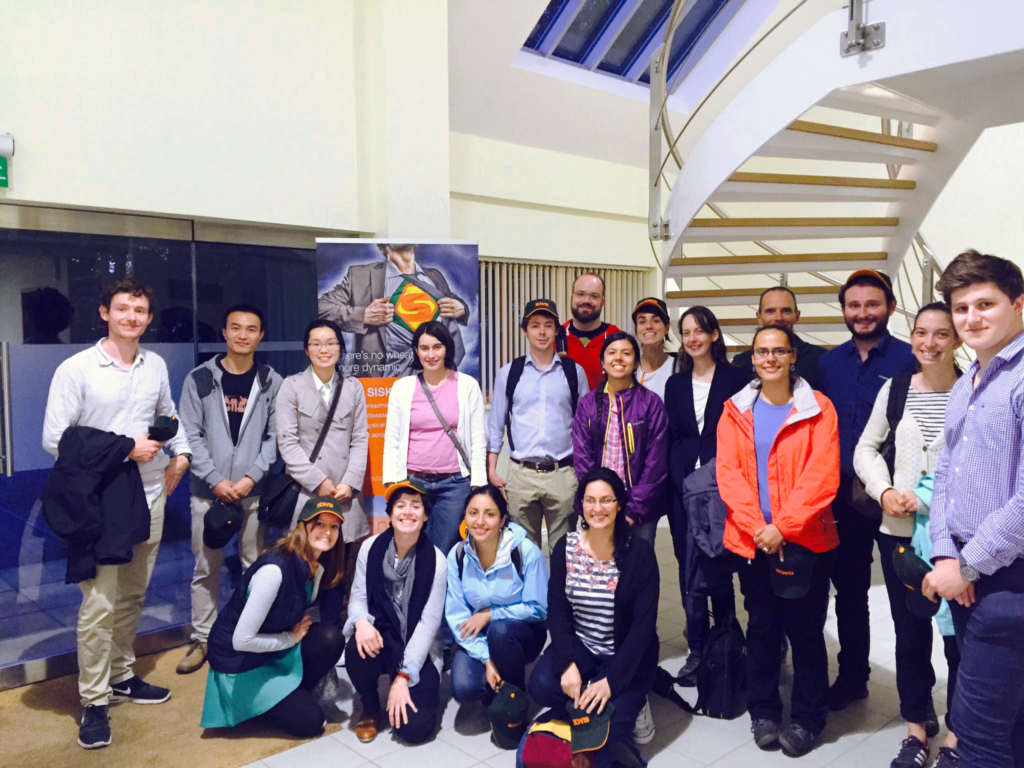