The theme of REAP 2017 is “Today’s Knowledge Meets Tomorrow’s Technology,” and biology is at the forefront with our keynote speaker focusing on no-till agriculture. But beyond that, soil microbes, insects and plant extracts could hold the key to some exciting new pesticides, fertilisers and biostimulants.

With the pressure mounting to find novel chemistries and the future of many existing chemical products in question, the solution for future crop management is increasingly seen in biology. 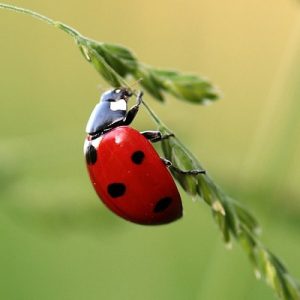 Tomorrow’s technology is already starting to unlock some of the potential of how Nature’s own solutions can help farmers work more closely with the environment.

“Biologicals” in agriculture are usually derived from naturally-occurring processes or organisms, such as fungi, enzymes or insects. Already products are available or in development aiming to harness Nature’s own agro-chemical arsenal. It’s possible to buy mycorrhizal fungi and nitrogen-fixing bacteria to inoculate soils, along with a range of insects to act as natural predators of pests.

Naturally-occurring fungi that control nematodes, or boost uptake of minerals such as phosphate by plant roots and bacteria that control powdery mildew and grey mould are increasingly commercially available or close-to-market.

Strategic use of other living things to bring benefits in agriculture is not a new idea – planting legumes to increase soil nitrogen levels, introducing beneficial insects in glasshouses to increase pollination and inter-cropping are well-established practices. But the new tools of genomic analysis, plant metabolomics and the ability to analyse huge amounts of biological data is allowing a much more forensic insight into how biologically-inspired products can boost business – as well as yields and bring environmental benefits

Harnessing part of a natural process through new technologies is also well-established. The so-called “Bt” trait in some genetically modified varieties of cotton and maize is a copy of a gene from a soil bacterium. This gene carries the genetic instructions for a toxin that is selectively poisonous to the larvae of certain insect species. Introducing a copy of this gene into plants allows them to make their own internal insecticide which is activated when pests attack.

The use of new tools and technologies to learn even more about the natural processes underway in soils, microbes, insects and plants means the future of environmentally-inspired agricultural biologicals is bright. Biopesticides are projected to be worth over $5.0 billion by 2020, and biostimulants are expected to grow at a rate of around 20% year-on-year.

Researchers have pioneered new ways of characterising the interactions of plants with their environment, and with the ability to understand the functional traits of soil-dwelling microbes and insects, the contribution of biology in agriculture is set to become even greater.