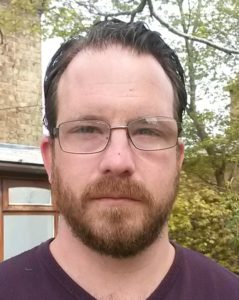 “We are very close now to a true ‘connected farm’. I believe the technology and software is there, it is now just a matter of working out the bugs,” says farmer PJ Walker of RTK Farming.  With three fellow farmers he has developed a system that makes GPS accurate to within centimetres.

Increased use of accurate mapping and farm machinery guided by GPS (Global Positioning System) has led to greater efficiency and monitoring in the agriculture industry. However, while regular GPS is perfectly acceptable for road-based journeys, it isn’t accurate enough for auto-steering vehicles in agriculture.

RTK Farming was established to provide a solution, as PJ Walker explains: “Standard GPS signals transmitted by satellites are refracted by the Earth’s atmosphere, which is why they are only accurate to two-to-three metres. Real Time Kinematics (RTK) is the use of a local positioning (Base station) system on the ground to correct the GPS signal so that it is accurate to within a few centimetres.

“The Base station picks up the same GPS signal as the tractor, however as it is in a fixed position it is able to “correct” the GPS signal from two-to-three metres to a few centimetres. This correction is transmitted to the tractor by radio signal, and the auto steer system in the tractor can then use this information to triangulate between the satellite, the Base station and the vehicle, allowing it to be accurate to within an inch whilst moving.”

The idea to utilise stationary Base stations to “correct” GPS began with four farmers in South Cambridgeshire, who set up five Base stations on their farms in 2010. The network now consists of 110 Base stations and covers four million hectares from Dover to the Humber. During 2015 alone the area covered by RTK Farming expanded by nearly 40%, which means that 600 vehicles now use the network. Whilst a major advantage of the RTK network is its increased accuracy, Walker stresses that its other advantage over standard GPS, repeatability, is just as significant: “Repeatability is important as it allows farmers to accurately map their fields and place vehicles in exactly the same place year after year. It also means that we can accurately vary the rate of seed, fertiliser and other chemicals depending on the needs of the soil.

“Combining high accuracy and repeatability means that you can greatly increase efficiency and therefore reduce costs. It also allows you to increase soil health and productivity, therefore increasing output while reducing input.” The expansion of their network has led RTK Farming to work with some of the industry’s biggest names, including their sponsors Bayer CropScience and SoilQuest, and they were aided in their setup process by funding from Defra. 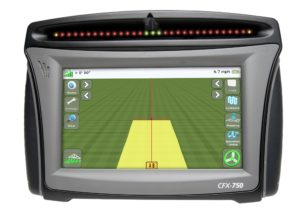 Such input from major organisations emphasises the growing importance in the agriculture sector of the Internet of Things, where machines and systems communicate with each other – an evolution Walker thinks will form a substantial part of the future of agri-tech:  “Whilst I don’t believe the Internet of Things will be the future of farming it will certainly play a large role in it. Machine to machine communication will only benefit as we strive for greater efficiency and time savings in order to cut costs.”

The ‘connected farm’ is seen by many to be a solution to efficiency and accuracy, however Walker says the sector should be wary of the increase use of technology as it will not be without its issues:

“The popular thought at the moment is that we will, over time, move to smaller unmanned machinery in the fields, which will clearly reduce ongoing costs; however this ultimately will lead to less employment in the sector. It will also mean the people who will come to work in the Agriculture sector will be more highly trained and have more technical roles.”

See the areas covered by the RTK network and find out more about their technology at www.rtkfarming.co.uk.