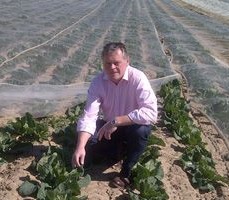 A sustained dry period, changes in water licences and shortage of labour are making smart irrigation systems more attractive to potato farmers, according to Andrew Howseman of Howseman Agriculture. He will be speaking at the next Agri-Tech East Pollinator event, which is looking at smart irrigation, on 13th September 2018.

“Even farmers that have never needed irrigation before are considering it after this June,” says Andrew. “We’ve got people who’ve been irrigating for at least 50-60 days non-stop, which is completely unheard of. 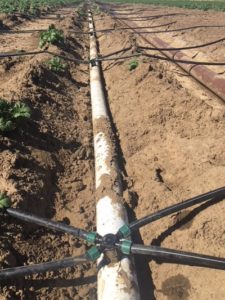 “The season was slow to get started with all of the potato crops and root crops planted late in wet and cold conditions – which weren’t conducive to good growing –and then the temperatures that we’ve seen and the prolonged dry hot weather will have had an impact. In my opinion, yield will be affected by both ends of the spectrum.

“Usually, people would irrigate for a couple of weeks and then we would have three quarters of an inch of rain and they’d have a week or ten days off before they started irrigating again. It’s normally a bit of an up and down rollercoaster really.

“But this year people started and haven’t stopped, to the extent that reservoirs are running out of water and growers have had to prioritise specific crops, such as potatoes over onions and carrots. That’s been the juggling act and it continues to be so.

“A season like this is stretching labour, machinery and resources such as water to breaking point, really.”

This is where the drip system developed by Howseman Agriculture comes into its own. It puts the water where it is need and uses 25-30% less water than a traditional hose and reel system and is much less labour intensive. Its six row drip-tape layer recently gained an ‘Innovation for Water’ award at the Lincolnshire Show (image left).

Andrew continues: “Although this is an unusual year, even those who usually have lots of water have been worried and these dry spells could become more frequent and licensing stricter. With our system and a reservoir farmers have some insurance.”

Drip systems are perceived as expensive, but there is so much money riding on a crop of potatoes that the benefit of controlled water is becoming easier to justify. To help support the business case, Howseman Agriculture has started to offer a six-hectare package of drip tape irrigation together with installation and training so that growers can trial it without a big capital investment.

Andrew says: “We’re really pleased to work with Agri-Tech East to help people evaluate new technology. We’ve got an open door for people to come and have a look around, open days, and if people want to see what we’re doing on some of the farms where we operate we are more than happy to extend an invitation for them to come and have a look.” 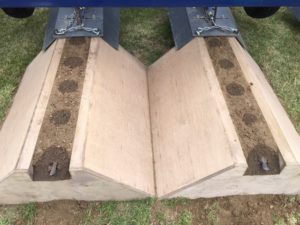