Although the Bank of England’s chief economist has predicted that up to 50% of all jobs could be lost to robots and artificial intelligence (AI) in the next four decades, current technology needs considerable investment before it can address the labour shortage in agriculture. This and other priorities for agri-tech are to be debated by leading agrifood producers, technologists and academics at REAP 2018 (7 November).

As the industry continues to raise its concerns over lack of labour post-Brexit, Dr Belinda Clarke, Director of Agri-Tech East, highlights that robot harvesters, while developing rapidly, are still some way from widespread commercial application. She says: “We are seeing the rapid adoption of new technology that is fit for purpose, as 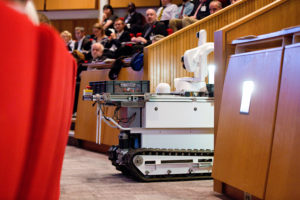 agriculture is actively looking for new ways to boost productivity and to attract new skills. However, there is a big gap between a working prototype and a robust machine that can work outdoors, all day, every day.”

Reports suggest almost half of current jobs will be automated by 2055, yet Tony Bambridge, Managing Director of award-winning B&C Farming, believes change can’t come soon enough for the agrifood sector: “To compete with those countries that have tremendous cost advantages in terms of land, labour, less regulatory measures, we will have to raise productivity and part of that is being able to achieve more with our time.

“In the next ten years, we will see some pretty significant changes in the structure of our industry. At B&C, we are already investing in superfast computing and imaging to remove stones out of potatoes. In coming years, I can see a situation where we have one operator actually controlling two or three or four vehicles in a field.”

Tony will be one of nine panellists in an industry debate at this year’s Agri-Tech East REAP Conference, which will look at where agri-tech investment can bring the greatest returns.

Mark Suthern, Barclays’ National Head of Agriculture, who will chair REAP’s all-new debate feature, commented: “It’s all about maximising the resources you’ve got. Take the Netherlands; it is the second largest global exporter of food by dollar value after the US. They are investing heavily in the use of glass houses, robotics and technology to drive efficiencies.” 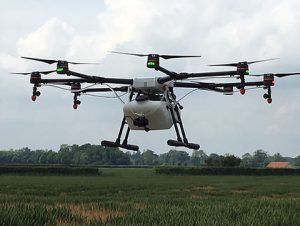 Belinda says that in the four years since the membership organisation was established she has seen the emergence of many promising technologies: “Arguably, aside from the advances in genomics, the biggest developments have been the use of precision agriculture to optimise the benefit of interventions, remote monitoring using drones, the adoption of machine vision to guide weeders and bunch flowers on conveyor belts, and automated machinery getting closer to doing the meticulous work of fruit and vegetable pickers.

“Agri-Tech East members are innovative farmers and are willing to work with entrepreneurial organisations to explore the potential of these new approaches and de-risk the technology for wider adoption. The big debate is where will agri-tech provide the greatest return on investment and how does this align with social and economic priorities?”

Head of Global Technology Scouting at Syngenta, Dave Hughes, explains that the convergence of engineering and robotics is creating new applications and the use of AI is already improving the way the company does research; mimicking the human brain to look at patterns in data and to extrapolate information from incomplete data.

Dave says: “One of the biggest technology disrupters is digital, which is radically changing the way farmers operate. This is a very dynamic space for innovation with a relatively low barrier for entry, so many companies, including start-ups and SMEs, are competing to find the best solutions for the grower. 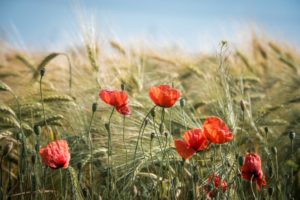 “The key challenge is to support the productivity of UK agriculture and the quality and safety of our food whilst reducing the environmental impact of food production. I believe this is achievable, but we will need to embrace the best state-of-the-art technology to succeed.”