Agri-Tech can help make us world class and competitive 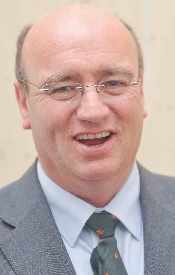 “As an industry, I think we need to focus on things that the market really wants us to provide and where we have a chance of being world-class and competitive,” says Tony Bambridge, Managing Director of B&C Farming, who will be joining a debate about the priorities for agri-tech at Agri-Tech East’s REAP Conference on the 7th November 2018.

“There will still be a need for British beef and oven chips are not going to start pouring in from Brazil. I think most East Anglian farmers actually produce products that are really needed by brewers, bakers, confectioners and the poultry industry – but there will need to be a rebalancing and refocusing of our market,” Bambridge says.

With significant changes already taking place in UK agriculture, he believes there is more to come: “We’re going to have to try and compete with those who have tremendous cost advantages in terms of land and labour, and with less regulatory measures. But they will have to compete with our traceability and unique products,” says Bambridge, who is also the NFU County Chair for Norfolk 2017-18.

With a growing global population, including the UK’s 65 million mouths to feed three times a day, Tony is clear that improving yield while reducing costs is the only way UK agriculture will be able to remain competitive – particularly while game-changing techniques like gene editing are not yet permitted.

For Tony, agri-tech’s key role will be helping to make labour cost-saving measures: “We have to raise productivity and driving that, in part, is going to be how we can achieve more with our time and reduce labour costs.

“At B&C, we are investing in superfast computing and imaging to remove stones out of potatoes – in the coming years, I could see a situation where we have one operator actually controlling two or three or four vehicles in a field.

“In the next ten years, we will see some pretty significant changes in the structure of our industry.”

Although Bambridge sees incremental improvements in productivity he considers that gene editing has the potential to provide a step change.

“If we were permitted to use gene editing this would have a profound effect within a decade through reduced spoilage through pest and disease, improved yields and less waste. That would be a major step.”

However he also considers that encouraging more realistic pricing of products at the farm gate would improve sustainability.

He says: “A penny on a loaf of bread puts about £18 per tonne onto the wheat price. So, is your loaf of bread £1.12 or £1.13? Who actually looked at the price of bread last time they went out? Half a pence on the cost of a bag of oven chips puts £20 per tonne on the potatoes. If this went back to the producer it would off-set the lost of subsidies.”

The priorities for agri-tech is to be debated at REAP – a new feature for the conference. Producers, technologists, scientists and advisors will consider the question of if it is cheaper to import food than produce our own should agri-tech investment focus on other, more lucrative, uses of land?