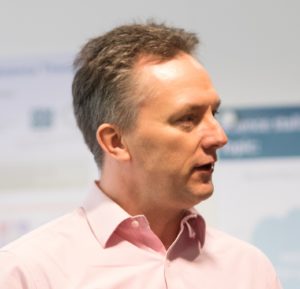 When Dave Hughes started working for Syngenta over 20 years ago his focus was chemistry but his interests and that of the company have developed and it is now a knowledge of biology that is providing new avenues for plant protection.

A new feature of the REAP conference this year is a debate about whether the priority for agri-tech innovation should still be food production or, if food can be produced more cost-efficiently somewhere else, should the emphasis be on more lucrative uses of land?

We asked Dave Hughes where he thinks the future direction for agri-tech lies.

Hughes is well placed to have an opinion: as Global Head of Technology Scouting, Hughes connects scientists and technologists from within Syngenta with scientists from other companies, research institutes and universities around the world creating collaborations focused on developing new technologies for agriculture. This multidisciplinary approach is reflected in the collaboration portfolio, which encompasses chemistry, synthetic biology, AI, robotics as well as genomics and engineering.

So what are the most interesting developments he is seeing at the moment?

“Our portfolio is diverse and much of the work is very early stage. Working with a range of scientists and technologies offers a spectrum of views and this creates a challenge to traditional thinking and a greater potential for innovation.

“One of the biggest technology disrupters is digital, which is radically changing the way farmers operate. This is a very dynamic space for innovation with a relatively low barrier for entry, so many companies, including start-ups and SMEs, are competing to find the best solutions for the grower.

“Another exciting opportunity I see at the moment is gene editing which can be used to create new traits in plants without introducing any foreign DNA. Many groups around the world are using this approach to create benefits for the consumer like improved flavour and nutritional content. 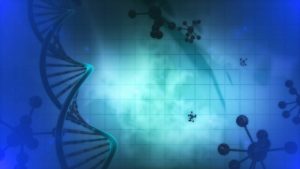 “The success of this technology is highly dependent on the regulatory environment. If it is recognised as no more risky than traditional breeding then it offers a huge opportunity to introduce traits benefiting the consumer in a way that has never been done before. Managed effectively this technology could be a real game changer allowing us to produce higher quality food within the same footprint.”

Hughes highlights a number of areas of special interest including the convergence of engineering and robotics. This is creating new applications such as precision agriculture and the use of AI to improve the way the company does research; mimicking the human brain to look at patterns in data and to extrapolate information from incomplete data.

“Greater understanding of fundamental biology is creating the opportunity for a new generation of highly specific pesticides. Particularly interesting is a new class of biocontrol agent based on a natural biomolecule called RNA. RNA has a sequence, just like DNA, and if a pest is treated with RNA of just the right sequence it can trigger a process which dials down the production of a specific protein of choice in the pest in a highly specific way.

This represents a new mode of action for pest control by enabling biomolecules to be developed that are much more specific than traditional pesticides, offering highly selective control of pests while protecting closely related beneficial species. Another new avenue for pest control is the use of biological agents such as bacteria; again these can be highly specific to a particular host. Hughes sees this as an exciting time to be involved in agriculture.

The market for non-food crops

“Feeding the population should be a priority,” continues Hughes, but he comments that growing crops for non-food uses is not new. “The issue is one of scale.” 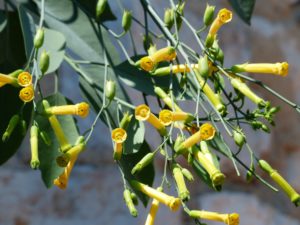 Although the food versus fuel debate hinges on the relative value of the resources used and produced, growing some high value non-food crops would potentially make little impact on broad acre crops. Hughes gives the examples of plant-based pharmaceuticals such as taxol, opioids and Artemisia. Mapp Biopharmaceutical Inc. has produced a drug called ZMapp from tobacco leaves (right), which was used to combat the 2014 Ebola virus outbreak in West Africa. The Novartis Malaria Initiative is making antimalarial drugs based on Artemisia annua.

“Many of these crops, such as tobacco modified to produce vaccines, are cultivated in contained environments such as greenhouses on a relatively small scale, and so don’t compete with food crops. We are interested in this area and in supporting farmers whichever way the industry goes. UK agriculture has enormous potential and we are seeing great progress on a number of fronts,” says Hughes.

Call for objective decisions based on science evidence base

Hughes has been asked to be an industry commentator on the Defra Health and Harmony Consultation.

“The key challenge is to support the productivity of UK agriculture and the quality and safety of our food whilst reducing the environmental impact of food production. I believe this is achievable, but we will need to embrace the best state-of-the-art technology to succeed.

“It is vital that decisions impacting the UK’s ability to feed itself are based on sound scientific evidence, not as a reaction to a few strong voices.

“The food security of our nation is vital, and any decisions affecting it should be based on an objective assessment of the very best available evidence. In a world of fake news and social media echo chambers this is becoming increasingly difficult.

“Small molecule chemistry has gained a poor reputation over the years but it is important to note that the use of synthetic pesticides in agriculture actually improves the quality, quantity and safety of our food, and by improving yields they give us a fighting chance of producing enough food in the future without having to plough up all of our remaining wild lands.”

“It is clear that a robust global food supply requires a diverse range of production systems. There is no single ‘best way’ of producing food: the choices farmers make depend on many factors from the microenvironment on their farms to the macroeconomic environment of the markets to their own attitude towards risk. This diversity is a good thing: it provides choice for the consumer and helps to buffer our food supply from unexpected events like extreme weather.

“We aim to provide the tools to help farmers drive the improvement of agriculture right across the spectrum of farming practices, from smallholders in Asia and Africa right up to large highly-mechanised farms in the USA and Brazil.

“I see a major opportunity arising to use technology to combine food quality, safety and productivity with improved environmental outcomes.”

To be discussed by

More information about the speakers