Robotics, big data, precision engineering, smart water management and plant science are some of the areas where the Agri-Tech East business cluster has significant competitive advantage according to an independent report, “Making ‘smart specialisation’ smarter”, commissioned by the Government to support regional development. The cluster has been endorsed as a beacon for ‘productive collaboration and innovation’.

The report comes ahead of the Agri-Tech East REAP conference “Innovation For An Agricultural Revolution” on 9th November, at which disruptive technologies and agri-tech strategies are to be discussed by world leading experts in technology, science and farming,

One of the authors, Carlos Lopez-Gomez from the University of Cambridge’s Institute for Manufacturing (IfM), says the cluster is uniquely positioned to address agricultural innovation and he says the “role of a proactive intermediary was considered a vital factor”.

He says: “It is clear that Agri-Tech East, in its role as a business-focused cluster organisation, has strengthened connections among key players and provided certainty on how stakeholders from diverse communities can come together in a productive way.” 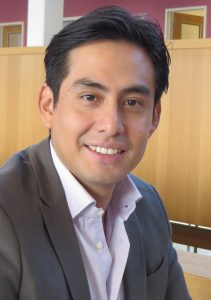 According to the report the cluster boasts an “integrated value chain that is a national leader in a number of horticultural and arable crops. It encompasses both small and large producers that are technologically aware, have strong links to international markets, and significant capacity to invest.”

He concludes that there is a critical mass of intermediary institutions, technology-led companies and individuals, which positions firms and producers in the region ‘only one step away from new knowledge’, facilitating collaborative innovation.

Dr Belinda Clarke, Director of Agri-Tech East, said: “The report provides evidence that this is possibly the best place in the world to test out new ideas. Not only do we have world-class research and technological capabilities in both engineering and plant sciences but also a network of progressive farmers and producers with a keen interest in testing technologies that offer competitive advantage.

“It is clear from experiences in other industries that new technology can disrupt value chains and provides both an opportunity and a risk to established businesses. This is why at the REAP conference we have invited technologists from companies such as Fujitsu, Lockheed Martin and PA Consulting to provide a global perspective of the technologies that show the potential for greatest impact.”

“It is fantastic to receive independent endorsement of the work of Agri-Tech East and the value it has brought to the sector after only two years.”