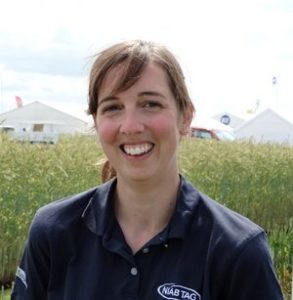 Field pathogenomics, which uses genetics alongside traditional disease assessment to identify different races or groups of fungi, is giving new insights into rust fungi, a disease that affects cereal and wheat crops in unpredictable ways. This is enabling researchers to provide more informed recommendations to growers and industry.

The goal of the field pathogenomics method is to apply gene-sequencing technology to the surveillance of rust populations and undertake comprehensive global population genetic analyses of this important plant pathogen.

The UK Cereal and Pathogen Virulence Survey (UKCPVS) is funded by APHA and AHDB, and managed by NIAB. It has been monitoring cereal rusts and mildews in the UK for more than 40 years, detecting and warning industry and growers of new races of disease emerging on resistant varieties.

Diseased samples are obtained by the UKCPVS from a group of regular contributors, including farmers, agronomists, breeders and official trials operators. As part of the Field Pathogenomics project, collaborations with 13 other rust pathology labs across the world has seen samples from a further five continents. Some of these samples are then used to create isolates of rust pathogens, and stored at the UKCPVS laboratories.

Dr Sarah Holdgate, Manager of UKCPVS gives an example: “In 2011, we saw the arrival of the Warrior race of yellow rust to the UK. Initially we thought that this was one single race; however, as part of the field pathogenomics method we found that it was more diverse, and consisted of several genetically different race groups which had a potentially different origin to isolates found in the UK previously. “Sometimes isolate rust samples from the Warrior race look like older races of yellow rust, such as the Solstice race, making it easy for researchers to misinterpret the behaviour of these two separate pathogens.

“Using the genotypic information, we have been able to show that these two isolates are genetically distinct, and it should therefore not be assumed they will behave the same way when it comes to crops in the field.” Dr Holdgate also comments that the field pathogenomics approach has been important in interpreting results from subsequent years.

She says: “As we get more results in, we can compare the different race profiles with isolates found in the UK as well as those found in other countries to track the spread of the race. Most recently, in 2014 we were able to use this knowledge to identify the Kranich race of yellow rust in the UK, which originated in Denmark and Sweden in 2011.”

Rusts and other Cereal Killers

At the Pollinator on 12th April, Dr Holdgate will be talking about how to alert growers of changes in the populations of wheat yellow rust, wheat brown rust and powdery mildew. Dr Diane Saunders, Project Leader, JIC / TGAC will be talking about Field Pathogenomics and Jenna Watts, Research and Knowledge Transfer Manager, AHDB Cereals will be discussing the Recommended List disease ratings.