For our latest visit, our Norfolk YIF-ers were treated to a visit to Stephen Temple’s anaerobic digester and Mrs Temple’s Cheese’s Production.

Alongside its AD and cheese production, the farm of 230 hectares includes a dairy enterprise, meadows, and 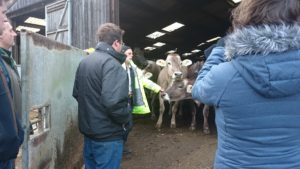 cropping, including barley for seed, maize, and energy beet. Stephen gave us a great overview of the history of the farm, and his background as an engineer who came back from teaching in Africa to help out on the family farm and eventually took over the day-to-day running. Their dairy herd is now Brown Swiss, with much of the milk used for cheesemaking. The cows we so curious – as Stephen said, you can’t go anywhere on the farm without an audience! The cows came running out to greet us everywhere we went and were super cute. 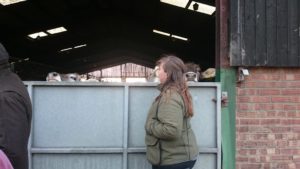 Back to business – the reason for considering using an AD plant was due to concerns about dairy slurry run off into a nearby chalk river– this would prove a sustainable way to dispose of the slurry. As it now happens, 6 years on, the digester actually has a higher turnover than the dairy and cheese ventures combined. In the simplest terms, slurry waste is supplemented with crops that are grown for the cows and whey from the cheese production, chopped up and fed into the cylindrical digester. In this cylinder kept at 37oC bacteria feed on the slurry, breaking it down into gas and liquid (around 45% CO2 and 55% methane). The liquid is then stored in a lagoon and spread on crops, as are the solids. The gas is send to an engine room, where it is ignited (difficult to do with no O2!) and produces heat and electricity. The heat is used around the farm, and Stephen can dry his grain for £12/day! They export around 75% of the energy produced – this is lower than previously as they look to replace some of their diesel farm machinery with electric counterparts. The AD has been running for around 98% of the time since 2011, with 54,000 hours on the clock. 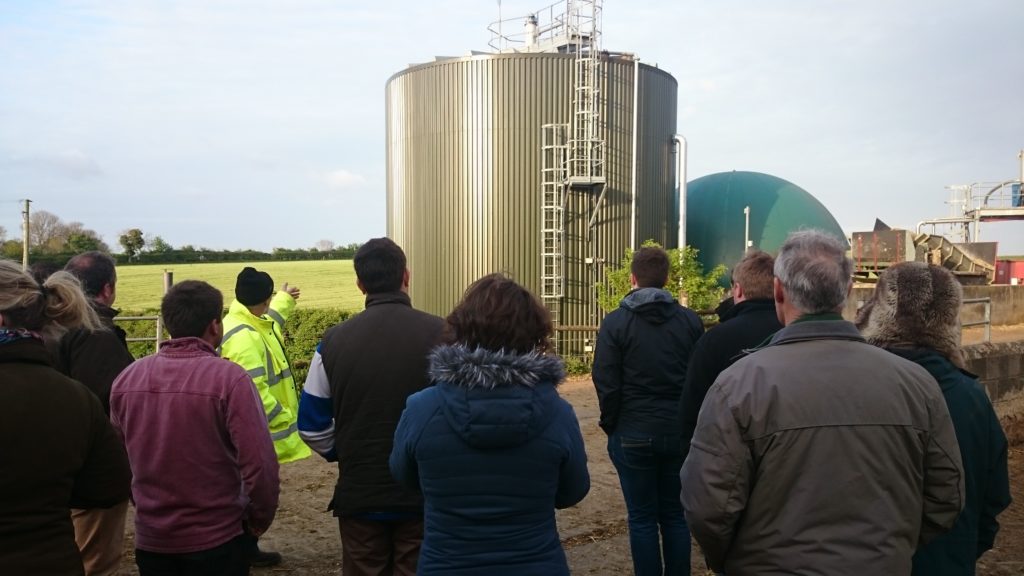 It is so clever how much of this stuff can be recycled – for example, heat produced by the engines goes back to heating the digester, the digestate made from crops doesn’t lose any nutrients during the process, so it’s halved their bagged nutrient use – the list goes on. It was so inspiring to see how you really can make a difference with small changes – in fact, I should think the only thing that leaves the farm is excess electricity and cheese!

With Stephen being an engineer by trade, he’s developed all kinds of systems and farm electronics on site, as well as being able to approach some of the opportunities open to farms from a different perspective.  I think it’s this ability to see something new in an old problem that’s really important to take away from here – being able to approach challenges with a range of viewpoints and knowledge, from farmers and scientists alike, will potentially be the key to unlocking the future of farming. 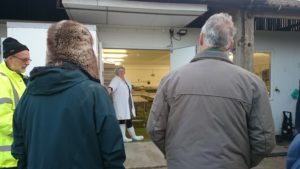