The role of the agronomist is changing 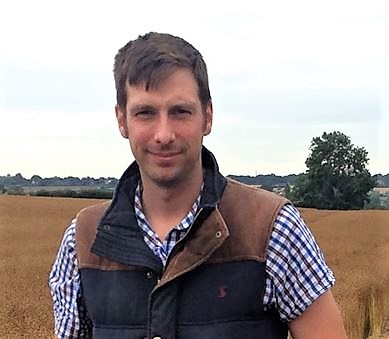 Robotic sprayers and dual hoppers are just two of the ideas on the wish list for Agrovista’s Jack Harris. Always keeping an eye out for new technology, Jack is excited by the continuing improvement of robotics, drones and seed technology and gives his vision of the future.

He says: “There’s lots of work going on with autonomous machines and robotics at the moment, which could offer a 24 hour operating window for farmers. A robot sprayer could sit in the field waiting for the command to spray, and when provided it would spray in the correct weather conditions. If the weather deteriorates, it would stop, allowing farmers to focus on other jobs. Sounds a bit out there, but it could happen!

“When drones become safe enough to detect and avoid, and fly beyond visual line of sight, the farm could have a drone which scans the crops on a daily basis. This could be sent to the agronomist for targeted field walking. I am also looking forward to new seed technology. For example, if you have an area of a field which gets very dry and loses water, instead of increasing/decreasing seed rates why not have two hoppers on the drill – one with a drought tolerant variety and one with a normal variety.”

The Precision Farming Specialist will discuss these innovative ideas alongside leading experts from plant breeding and agri-engineering on January 12th, at the first Pollinator of 2017 ‘A new agriculture – what will the future hold?’

From cop to crop

Starting out his career in an entirely different role, Jack became introduced to farming and never looked back: “I was working on a friend’s farm after leaving the police, and someone suggested that I try agronomy, so I gave it a go and here I am!

“The role of agronomist continues to evolve, encompassing a lot more than just advice and agricultural chemicals. I discuss a wide range of services with customers, such as GPS soil sampling, drone technology, variable rate plans, mapping software, crop recording software and much more.”

He says: “Precision farming shouldn’t be looked at as the magic cure for improving yields – it should be part of the tool box. When worked alongside seed, agricultural chemicals, good rotation and soil management, it allows you to measure, assess, target and improve.”

“If you use precision farming technology, you are trying to give the crop everything it needs to be successful. That could be varying seed and fertiliser across fields to give the crop what it needs or using GPS autosteer to reduce fuel and wasted overlaps. At the end of the day it’s the weather that decides yield, but precision farming can help set the crop up to achieve its potential.”