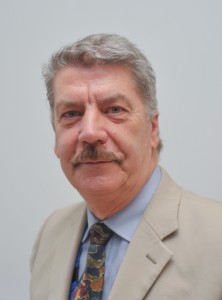 There is a need for greater knowledge of the impact of on-farm environment on crop performance, says Bill Clark, Commercial and Technical Director for NIAB.

Although yields in variety trials have continued to increase, the yield on-farm plateaued about 20 years ago. So there is a need not just for good science but also to understand better what is happening on the farm and how this impacts yield. This can be described as the ‘translation’ of science to practice.

For example, an issue that is particularly topical at the moment is black-grass. The season has worked in its favour this year and we have had one of the worst years on record. Blanket spraying of the crop is not the answer, as this just increases resistance to the small armoury of chemicals that we have at our disposal. There is scientific research in this area directed at identifying metabolic processes that are unique to black-grass which can be targeted by chemicals, but practical outcomes are still many years away.

The response in the short term has to be an integrated management strategy with a consideration of sowing date and density of sowing, cultivation techniques, use of rotation and precision spraying of affected areas. Many farmers are introducing their own strategies to manage black-grass including leaving land fallow and spraying intensively for a season or delaying sowing to spring in order to allow black-grass to germinate first and be sprayed off.

However, experimenting with these strategies in the field has an economic cost to the farmer and a limited guarantee of success. Here at NIAB we have a team dedicated to management of black-grass; we are providing the scientific evidence base that is needed for on-farm decision-making, which includes an economic evaluation of the strategy so that farmers can model the benefits of one approach over another.

Another example of translational science in action is the management of yellow rust. NIAB predicted last autumn that yellow rust would be prevalent this year. A new race of yellow rust from the Himalayas had been detected which was a completely new, not only in the UK, but new to Europe. One of the immediate recommendations was to use a triazole seed treatment in high risk areas, to reduce disease pressure the following spring.

Scientists at NIAB are investigating these new varieties of yellow rust that are coming from outside Europe. This work will help plant breeders to develop new varieties with better disease resistance and help farmers manage the disease on their farms. Some of this work will take several years but some results are already being implemented on-farm. With the increasing frequency of mild winters the threat from yellow rust is increasing and the need for a sound evidence-base is becoming more economically important.

NIAB has a role of translating independent research into practice – a unique role in the UK. Other countries do have a national structure that integrates science and advice more closely, perhaps in the way that ADAS was structured in the early 80s. For example New Zealand has an organisation called FAR which carries out research and gives on-farm advice. Other countries such as France and Denmark have a combination of ‘high-science’ research institutes alongside near-market applied research institutes which ensure the translation of science into practice.

I am always very interested to gain the views of farmers, growers, advisers and scientists of the ways that best practice in the field can be disseminated and the types of information that they would like to see. NIAB.