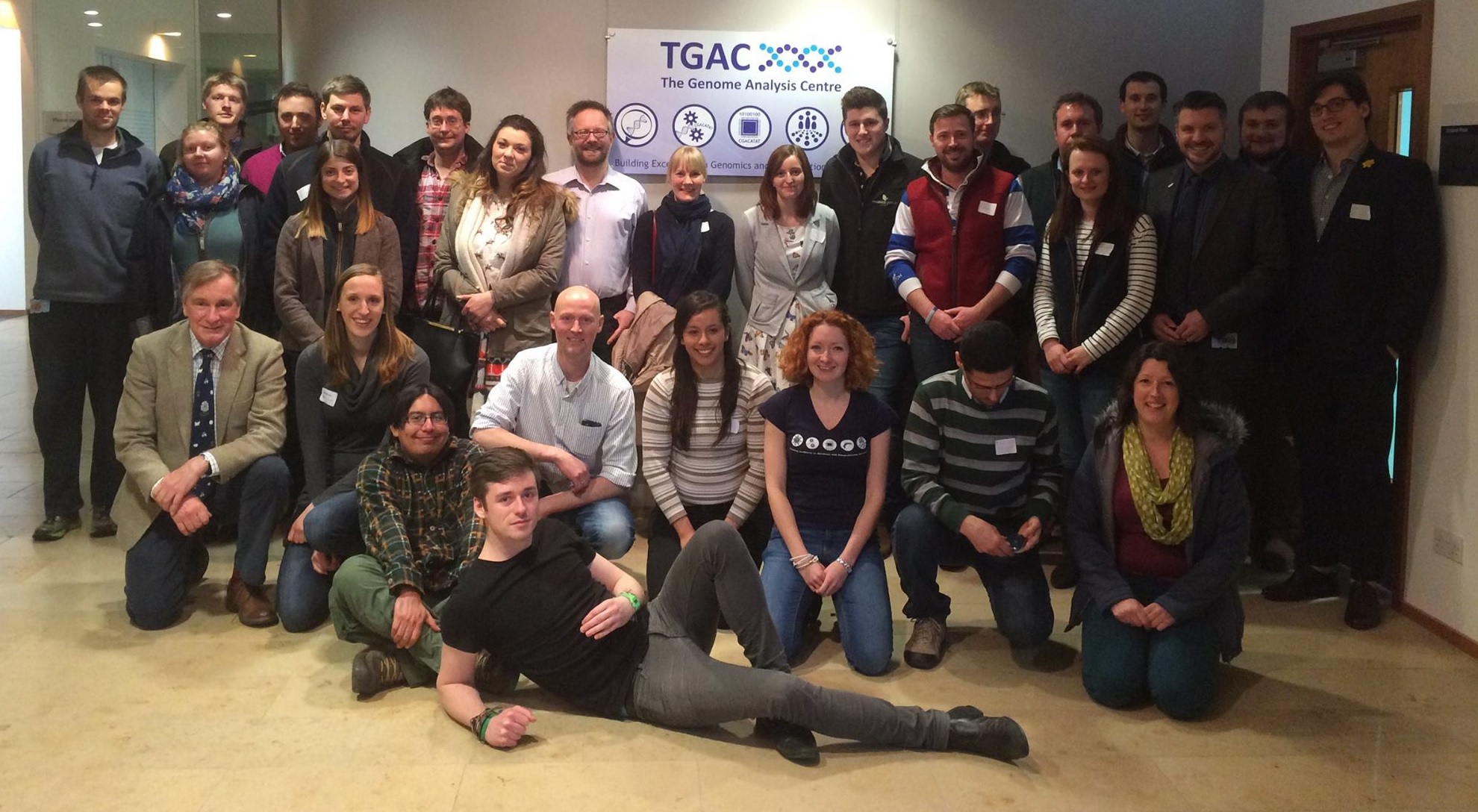 Could keeping wheat foliage green until the end of harvest boost yields? This is just one of the research projects to be discussed at a special event for young farmers and early career scientists at Cereals 2016.

To bridge the gap between lab and land and stimulate mutually beneficial discussions, Agri-Tech East is focusing on ‘Generation Y’ (those born in the 80s and 90s) and has developed the Young Innovators’ Forum (YIF) with a special event happening at Cereals 2016.

Dr Belinda Clarke, Director of Agri-Tech East, explains: “Young people at the start of their careers are digital natives – they are socially connected, used to getting their information visually and trust their peers. They look at the world in a different way and this gives the industry access to fresh ideas and inspiration.

“For too long there has been a disconnect between the world of the scientist and the reality of the farm, by getting this younger generation to mix socially and have the opportunity to talk about the challenges they face, we can start to create real change in the industry.”

After talking to regional Young Farmers groups and PhD students at the research organisations Agri-Tech East coordinated some ‘get to know you’ sessions, which have taken place in labs, on farms and in specialist facilities such as the botanic garden.

“These events have proved very successful with a formula that works, so we are delighted that The Morley Agricultural Foundation (TMAF) has agreed to sponsor the YIF initiative which will allow us to take it further,” says Belinda.

Agri-Tech East is hosting a YIF event at Cereals on the BBSRC stand (702). Young farmers are being invited to meet young scientists from the John Innes Centre, Rothamsted Research and Aberystwyth University’s IBERS over cake and ale.

A wide variety of research interests will be on display to stimulate discussion and create a two-way discussion of where research is going and how industry can respond and provide direction.

Posters include: how the Raspberry Pi, an easy to programme low cost computer that is being used by Tim Peake for experiments in space, can be used to understand seed vigour in oil seed rape crops; if keeping wheat foliage greener for longer will sustain photosynthesis and improve yield; and a new foliage treatment for grasses that will increase protein concentration without additional nitrogen application.

John Wallace, TMAF Chairman, comments: “I most certainly think that agri-tech is making the agri-food industry a better career option for young people. It’s really whizzy and attractive and it creates a competitive environment in which young people can do really well.

“There are some interesting views about knowledge exchange and I think Agri-Tech East is definitely on the right path by helping to facilitate those discussions.”

Previous YIF events have seen young farmers and scientists exchange views about yellow rust on barley, seen laboratory robots in action, watched “real time insect pollination of crop plants”, marvelled at huge pipes of living algae and watched real-time gene sequencing. Outside they have had first-hand experience of a dairy farm, and will be getting together to talk tomatoes at Cornerways Nursery and seed breeding of cereals and oil seed rape at KWS.

Young Innovators’ Forum will be on stand 702 at Cereals from 15:30-17:00 on 15 June 2016, with an evening reception afterwards that will include wine and canapes. To participate in the Cereals event you need to register; find out more by clicking here.

Several of our members will also be at Cereals – find out where to find them using our handy guide available here.