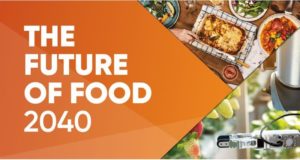 The Future of Food 2040 report, launched by the NFU, may seem a futuristic view of farming but the change within the industry has been significant over the last few years. Driven by the falling cost of computing power many advances in genomics, remote sensing and monitoring and precision farming have already found their way into new products and services that are now used on farm.

Agri-Tech East is an independent membership organisation that facilitates discussions between farmers, technologists and the research community – fast tracking the development of new solutions.

However, there are many challenges before these technologies can be more widely adopted as Dr Belinda Clarke, Director of Agri-Tech East explains:

“The NFU Future of Food report rightly positions agri-food production as an industry with enormous potential. Measures to improve the use of finite resources such as soil and land and to increase productivity are to be encouraged and Agri-Tech East welcomes this report.

“However, to encourage the wider adoption of new technology it is vital to establish the business case for farmers and growers, we would like to see a process for independent evaluation of the return on investment.

“We agree, as stated in the report, that innovation needs to meet regulatory approval, but also understand that this can be problematic if the science is progressing ahead of the regulators. We would recommend creating advisory panels that include scientists and technologists as this would be beneficial to all.

“The report highlights the need to adopt open data principles. We observe that scale-up is an issue for smaller companies and the technology can be acquired by larger players. Where the farming community supports technology initiatives at an early stage by sharing knowledge and data, there needs to be a mechanism for recognising this contribution; perhaps by preferential treatment as an early adopter of the resulting product.”

The NFU report describes a number of emerging technologies of particular interest.

Robots have been used for decades within the car industry and other production lines where there is a very controlled environment and the robots can be isolated from humans.  Recent advances in machine vision, autonomous control and manual dexterity are creating the potential for robots to be used is situations where decisions are made based on learning.  Agri-Tech East has hosted a number of discussions about the next steps that are needed to progress the application of robotics within the field.  Small Robot Company, Dogtooth and Softharvest and work on the hands free half hectare initiative have all featured.  The next meeting on robotics, in April this year, will discuss swarm robots. 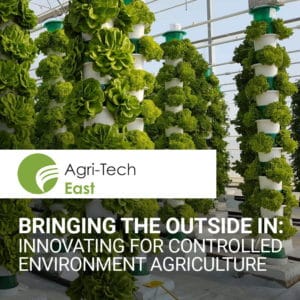 There are two main aspects to CEA – one is improving the growing conditions within existing glasshouses and the second enabling growing all year round in non traditional environments including warehouses, urban farms and underground tunnels.  The opportunities for new technologies in this area is immense – sensing, monitoring, heating, LED lighting, environmental control, vertical farming, aeroponics, hydroponics, aquaponics.

There are still some major challenges.  Many of the current solutions are energy intensive, which makes it difficult to create a business case when imported produce is cheap. And there is the problem of scale, current prototype systems are servicing niche retail outlets and restaurants.

Despite this the falling cost of the technology and recent innovations are creating significant interest in the potential of CEA particularly by larger retailers, offering the potential to rethink the way some short cycle crops are grown.

The Agri-Tech East meeting on 19th March is to discuss this: Bringing The Outside In – Innovating for Controlled Environment Agriculture 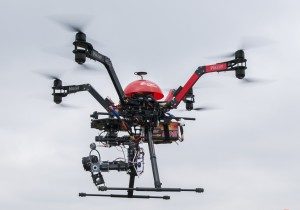 Drone technology is advancing with longer battery life, more sophisticated imaging technologies.  It is also providing the opportunities for ‘drones as a service’ creating new business models and attracting a new tech-savvy generation into agriculture.

The NFU report Future of Food 2040 can be downloaded here

Bringing The Outside In – Innovating for Controlled Environment Agriculture

Swarm robotics the agri workforce of the future

Agri-Tech East produces reports on different aspects of agri-tech.  Some of these are only available to members or delegates to its events but the REAP reports about discussion at the flagship conference are freely available.  More information