Could a re-focusing of our markets future-proof UK food production?

Sustainable food production can only be achieved with a clear market-focus and a degree of pragmatism, believes Mark Suthern, National Head of Agriculture at Barclays, speaking ahead of his panel debate at Agri-Tech East’s REAP Conference later this year (7 November). 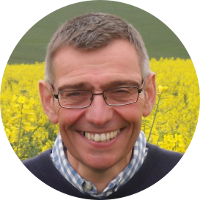 Mark, who is chairing the all-new debate on whether agri-tech innovations should prioritise land use for competitive sustainable UK food production, has, over the past 25 years, gathered best practice from his work in agriculture at home and abroad.

Drawing from his experience of working with large-scale farming businesses in South Africa and individual farmers in India, Mark says that: “When the ‘local’ market isn’t there and government support isn’t there, then you really do have to actively seek out new markets. “The principle purpose of farming is to produce quality food at affordable prices for the consumer though. The consumer market is diverse and offers the opportunity to produce premium-priced artisan products alongside cheap, wholesome food,”

Mark continues. “We shouldn’t underestimate the resilience and innovative nature of UK farmers, they have access to land and could use it to generate income not just from beef, sheep, arable but also for entrepreneurial uses like storage and energy generation.” “It’s all about maximising the resources you’ve got. Sometimes in the UK we bemoan our access to market, but in India local farmers travel, by foot or bike 20 or 30 miles, with little more than a basket of plums to sell and earn 30p. We have something to learn from their collaborative way of working to solve a problem.

“In South Africa, they are operating at scale and there is a real focus on new technology. “Irrigation techniques and the science of the soil are an integral part of their business planning – but they are also constantly looking for overseas markets. For citrus fruits, in particular, it is a priority.”

“Plant machinery and the use of Big data will be two of the Agri-tech wins,” says Mark, who considers these will make tangible returns on investment.

“Netherlands, it’s the second largest global exporter of food and they produce more tomatoes by square mile than anywhere else in the world. Their levels of bank borrowing are higher than that of the UK’s, but they have leveraged their assets to invest in their businesses.

“When we talk about the provenance of food and policing of the supply chain, it’s about producing and using data that enables farmers and consumers to make informed decisions. Blockchain technology, for example, allows you to track the animal to the slaughterhouse, to the haulier, to the box on the shelf or the restaurant. That level of technology is so powerful.”

REAP debate on priorities for agri-tech

At Agri-Tech East’s REAP Conference, producers, technologists, scientists and advisors will consider whether innovation in agri-tech should be targeted towards food production in broadacre environments, or whether alternative food systems could be more economically and environmentally sustainable.”