Knowledge sharing should be a conversation 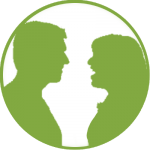 Feedback is essential for the effective communication, and in this month’s blog we look at developments in knowledge exchange.

What is Knowledge Exchange?

This simple, yet potentially existential question is circulating around those of us at the interface of research, technology development and the farming community.

The need to understand properly the drivers, mechanisms and barriers to adoption of new technologies and practices has never been more pressing, as government seeks to address the gulf between world-leading frontier research and tangible commercial benefits for the industry.

A recent workshop in a series convened by AHDB brought together industry leaders to discuss the future of farmer-innovation interactions and how they can be made fit for 21st Century agriculture. 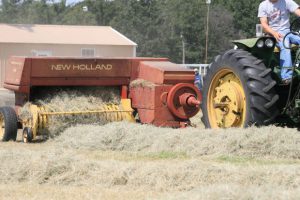 Discussions of this nature in agriculture invariably include reference to the days of the former extension services, run by ADAS on behalf of the Ministry of Agriculture. Here, farmers had a hotline to research and new practices, aimed at driving up productivity and yields.

The demise of this service in 1997 has been lamented by some, but the world has moved on and there is now a wealth of support and information from both the public and private sector to communicate new and different practices and technologies to farmers and growers. So what is the role of scientists in this process?

In 1985 the Committee on the Public Understanding of Science was created to improve and encourage communications from scientists to “the public”, with the aim of improving practice and raising awareness of research activities.

The initiative gained some traction and for the first time began to encourage scientists to communicate their research more widely beyond their peer groups.

It was, however, criticised for its “uni-directional” flow of information from the research base to so-called “non-specialists”; the underlying concept being that the flow was from “expert” to “non-expert”, with the tacit expectation that greater public understanding of science would lead to increased acceptance and adoption of new practices and technologies. Termed the “deficit” model, it assumed the recipient to be an empty vessel waiting to be “filled” with new knowledge. 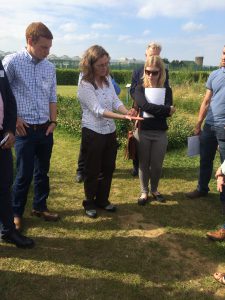 As the thinking became more sophisticated, it was realised that such lines of communication needed to be two-way, which led to the concept of the “dialogue” model of science communication. This was more around engagement, understanding better the specific context within which new concepts and innovations were being communicated, and to whom.

And so to “knowledge transfer.” This term was coined to encompass the activities undertaken by the research base to help deliver impact from its findings. Communication to and with the public is a key part of these, but so is engagement with end-users, policy-makers and industry partners.

Building on the public communication “dialogue” model, it reflects the critical importance of bi-directional lines of communication. Yet, in agriculture and horticulture at least, we are away from having a truly equal two-way exchange of knowledge. Universities and research organisations are incentivised via their funding structures to disseminate their research outputs.

Yet we are still lacking an institutional mechanism for the innovation community to capture and build on the critical and valuable “stealth wealth” of knowledge from farmers and growers, developed over generations.

Here at Agri-Tech East our aim is to create the forum in which those conversations can take place, but it must become the “norm” for closer interactions between researchers and tech developers with the farming community.

Effective, seamless knowledge exchange must be our collective goal to ensure knowledge generation is informed and accelerated by end-user inputs.