Cloud cover is a major problem for satellite imaging as it distorts the data reducing its accuracy for applications such as early warning of crop disease. This issue is being addressed by ‘ClearSky’, a technique being developed by scientists at the University of Hertfordshire which uses radar data to fill the gaps caused by cloud cover. 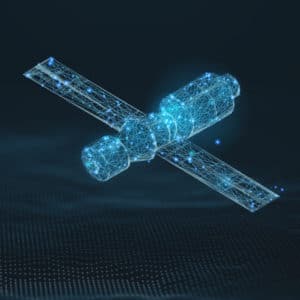 Professor Geach comments: “Our goal is to create a continuously updated database of land, ocean and atmospheric data: essentially, a “living Earth’ in database format.”

A commercial spinout called DeepEO is planned for later this year. Professor Geech believes that early adaptors will include insurance firms, commodity traders, retailers and the agricultural industry.

For example, Agrimetrics, plans to pre-link ClearSky to more than a billion agricultural data points and make it available for all 2.8 million UK fields on a weekly basis.

Many applications now use NDVI  (normalized difference vegetation index)  to assess the presence of live green vegetation from satellite imaging and Leaf Area Index can be used to measure the plant canopy, giving an indication of the vigour of its growth.

According to Richard Tiffin, Agrimetrics Chief Scientific Officer the use of satellite data in agriculture is “exploding” he says:  “Terms such as NDVI and Leaf Area Index are becoming increasingly common, as  people start to understand the huge potential of this technology. However, cloud cover has been a barrier to practical application.”

By using ClearSky, Agrimetrics plan to offer the UK’s most regularly updated and uninterrupted stream of agricultural Earth Observation data, with the potential to improve in-season yield predictions, crop management and agronomic innovation.