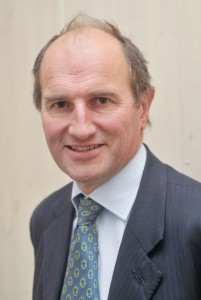 The next big idea in the agri-tech sector could take the farming world by storm, but don’t expect it to happen overnight, cautions William Kendall, entrepreneur, investor and organic farmer, who is a speaker in Agri-Tech East’s Innovation Showcase at VentureFest East on 24th May.

Kendall says: “Coming up with a business idea is rather like fishing: you put the line in the water but that is just the start of it; you then need to keep adapting your hooks and bait to get the catch you were after.”

Kendall has been involved with some of the UK’s most iconic food brands such as Green & Blacks and New Covent Garden Soup Co. and he will be opening the session ‘Innovation in agri tech –funding challenges and the future’. He warns that however convinced agri-tech innovators are that they have designed the ‘finished product’ they need to be prepared to listen to the views of others and adapt their ideas – and this process can take years.

“In this country there is a lot of emphasis on financiers ‘exiting early’. This is always seen as a sign of success. But investing in the long-term is important. With disruptive technologies and early-stage companies it can take a long time for a company to get going.” He stresses the benefit of technology and creating a three-way dialogue between farmers, innovators and consumers:

“Technology experts haven’t historically mixed with farmers and farmers tend to only hang out with each other but Agri-Tech East is changing that. Technology can take you out of the cycle of low cost/low value production. Farmers don’t have control over pricing but can get a whole lot better at production and the use of technology.”

“We mustn’t forget that running a business is supposed to be about problem-solving. The first thing is to recognise a gap in the market before coming up with an idea. Solve a problem and then expand it into an opportunity.”

The early stage companies presenting at VentureFest East have done just that: 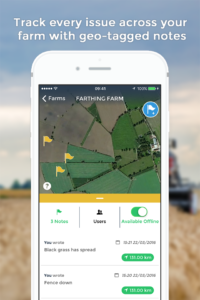 Suffolk company iLevel is addressing the problem of fuel theft. It has a remote tank monitoring system that provides accurate ‘real time’ information about the contents of any bulk storage tank – both liquids and solids – and can alert the owner immediately if the level of diesel or other product drops suddenly.

Also presenting is fieldmargin (right), an innovative mapping tool designed by farmer Mark Faure Walker out of frustration about how much time and money he was wasting trying to manage data about his crops. The fieldmargin app allows farmers and staff to share notes and comments on a map of the farm displayed on a smartphone, as well as access the information needed in the field, even without an internet connection or a mobile signal.

“Market research and being aware of current trends is absolutely key. I strongly believe that you should always be more interested in what the twenty per cent of pioneering consumers are doing rather than the fifty per cent of the masses,”

Kendall continues. “I remember taking a farmer friend of mine around a supermarket in London 20 years ago and he was astonished at the availability of semi-skimmed milk. Where he lived you could only buy whole milk and assumed that what was happening on his doorstep represented the market yet the truth lay in the cities where 90% of customers live. Farmers and people in agriculture need to make sure they aren’t behind the curve.”

Find out more about Agri-Tech East’s Innovation Showcase at VentureFest East on 24th May at agri-tech-e.co.uk/events/venturefest-east.