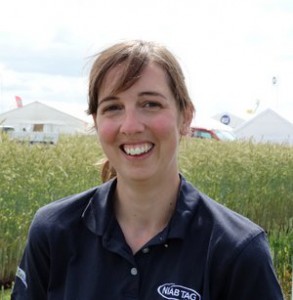 Extreme diversity in the wheat yellow rust population has led to the introduction of a new naming system for races discovered in the UK.

For example a new race, announced by the UK Cereal Pathogen Virulence Survey (UKCPVS) in 2016, has been named ‘WYR Blue 7’ under the new system – replacing its provisional name ‘Invicta’.

Dr Sarah Holdgate, UKCPVS project manager based at NIAB, said: “Last year was far from straightforward, from a yellow rust perspective. By mid-March 2016, we had received a record number of infected samples from wheat crops. It was a sign that something big was happening and the season ended with major revisions to RL ratings.

“Although we are still looking to pin down the race or races responsible for the breakdown, our monitoring has detected new races in the UK population and we are keeping an eye on them.”

The race provisionally named ‘Invicta’ initially appeared similar to old UK isolates (such as the Solstice race), based on its ability to cause disease. Subsequent genotyping, however, showed that the race appeared more similar to the Warrior population.

Dr Holdgate continued: “Until now, naming a race based on the variety on which it was first detected has served us well.

“But the system no longer copes with the complex genotypic and pathology data we are seeing and we feel it is important to avoid using a variety’s name.”

WYR Blue 7 is the first name to be allocated to a race under the new system (which reflects a system used in potato blight virulence surveys).