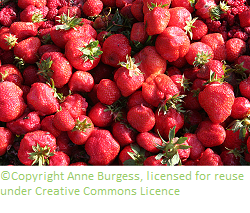 Innovation in weed control and on-farm storage are two of the areas highlighted for future investment, as Round 3 of the national Agri-Tech Catalyst Fund opens this week for applications.

The £70m initiative is designed to help accelerate innovation and commercialisation of agri-tech research and Round 3 is encouraging applications from more later-stage projects. For businesses this provides support to help evaluate the commercial potential of innovation in a real-life environment; helping to de-risk investment in new concepts.

To date a broad range of arable and horticultural projects have been funded through the Agri-Tech Catalyst.  The 15 projects funded in Round 1 have included tractor-mounted sensing for precision application of nitrogen, control of protein content in milling wheat and an initiative to harness natural antimicrobial agents (bacteriophage) to target the bacteria causing blackleg disease in potatoes.

Organisations from the East of England have been well represented in some strong partnerships.

Use of canopy sensors in disease management

RAGT Seeds is part of project led by Masstock Arable that is looking at the use of remote sensing to improve predictive agronomy.

Chlorophyll fluorescence and hyperspectral imaging systems can be used to assess the health and characteristics of a growing crop canopy and provide early detection of stress caused by pests or other abiotic factors. This project is using these systems to develop a canopy sensor phenomics platform that will be able to provide detailed evaluation of crop performance and relate this to genetic traits. High-throughput canopy sensors (ground-based and aerial) will be tested as decision tools with the aim of improving the efficiency of wheat predictive agronomy.

Access to more knowledge about how varieties perform under field conditions will also support the development of improved varieties of wheat with resilience to diseases and abiotic stresses.

Rothamsted Research along with BASF are partners on a project led by Processors and Growers Research Organisation (PGRO).

The project is investigating the use of ‘lure-and-kill’ technology to manage beetle pests (Sitona lineatus and Bruchus rufimanus) of field beans and peas. The consortia includes Exosect, an SME that has some interesting formulation technology targeted at insects and Oecos, a Hertfordshire-based SME developing pheromone traps.

This project aims to design and produce a control system for beetle pests of peas and beans which does not use blanket sprays of insecticides. Instead, the beetles will be lured to simple devices, baited with beetle specific attractive odours or pheromones that are produced naturally by insects or flowering peas and beans. In the trap they will be coated with spores of an insect fungal disease that is common in soil. When they leave the device they will spread the disease to other beetles like them.

This will reduce pest beetle numbers and damage to the crops, but will not affect the environment or other beneficial and non-target insects such as pollinating bees.

The spores and the attractants will be prepared in a novel formulation that is electrostatically charged and sticks to the beetle’s body and is passed on to other beetles when they meet.

Elsewhere, other projects include one led by East Malling Research and supported by Sainsbury’s, which aims to breed strawberries for soil-less culture.

Although most fruit crops such as strawberries are increasingly grown under polytunnels in substrates, new varieties are still largely bred outside in soil. In this project the key traits for optimum soil-less production are being investigated along with those yielding maximum fruit quality.

Genetic markers will be developed for exploitation by breeders and by working with agronomists, substrate producers and supermarkets, valuable knowledge and practical techniques for optimum production of new cultivars will be gathered to benefit UK growers of strawberries under protection.

More information about the projects funded within previous rounds is available here.

The breadth of topics and strength of consortia demonstrates that this fund is one to consider seriously, especially if your innovation is getting closer to market.

Briefing events are being held in Glasgow (28th August 2014) and Birmingham (2nd September 2014) and there is a briefing webinar on 11th Sept 2014 for anyone interested in finding out more about the Catalyst fund.