We don’t understand enough how other markets work

“The notion that British agriculture – having not managed to export all that successfully in the free market – is suddenly going to do better when that safety net is removed is deluded,”  Christoph Graf Grote, Operations Director of Spearhead International Ltd, will tell delegates at REAP .

“Other countries have invested far more in their agricultural research. I recently spent three days at Wageningen University in the Netherlands, which is now the world’s top agricultural university and is very impressive.

“The whole Dutch economy is much more based on food than ours and I generally feel that we don’t understand enough about what goes on in the rest of the EU.

“Our business has seen huge growth in Poland and the Czech Republic. They are much smaller economies but much effort is going into agriculture and money is being made.”

Farming on a big scale 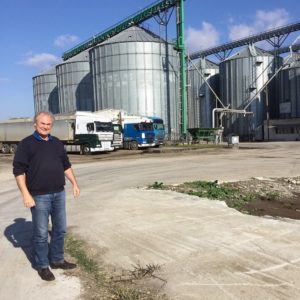 As Group Operations Director he is involved in the management of about 80,000ha across the UK, Poland, Czech Republic, Slovakia and Romania. He will be talking about farming on a large-scale at the Agri-Tech East REAP conference and his perspective during the “Towards a new Agroeconomy” discussion session.

Chris is a keen advocate of collaborative working and sharing knowledge. He says: “What I like about Norfolk is the disproportionate percentage of people who are involved in the food industry and the science behind it.

“There are over 2,500 people just at the John Innes Centre, there is the Institute of Food Research and many associated businesses. Much of the UK food processing industry is in East Anglia – adding value and jobs.

“We have certainly got the science and the underlying facilities, to play in the top league and it’s extremely important we stay up there. That is a function of skills, knowledge, good facilities and in the end, cash. The UK has benefitted more than any other country from EU funding in this sector; I don’t quite see DEFRA making these additional contributions, should we lose them.

Chris is keen to hear the views of other speakers at REAP, which include technologists from Fujitsu and Lockheed Martin, talking about disruptive technology, fellow farmer Gary Zimmer from the USA who is a pioneer in Biological Farming, and the eminent Cambridge scientist Professor Sir David Baulcombe, head of the department of Plant Sciences, who suggests that there is a ‘third way’ when considering the future of crop protection.

Chris says: “The session I am involved in will be reviewing the issues discussed during the day and talking about future trends. I think we are at a very interesting time and developments in plant and soil science will have an amazing impact on current agricultural practices.”