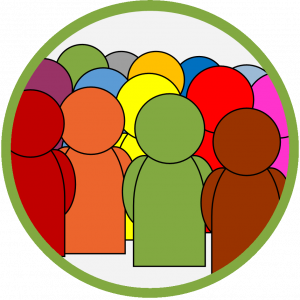 With conference season upon us again, we’re revving up for the wealth of commentary, insights and opinions that will be shared across the industry. The recent World Agri-Tech Innovation Summit in London saw investors, entrepreneurs and agri-businesses converge to discuss the new trends, opportunities and challenges facing the industry – with the aim of “building agri-food systems fit for the global consumer.”

Overall, the mood was one of optimism that innovation, including that underway in Europe, would be transformative to the industry. As ever, enabling farmers to extract value and knowledge from their data was high on the agenda, with machine learning and artificial intelligence being increasingly seen as the enablers to achieving this. The issues around farmers’ trust in sharing data wasn’t such a prominent topic this year, maybe reflecting the relative shortage of farmers in the audience!

Regulation, especially the recent ruling by the European Court of Justice around the use of gene-edited crops, and the wider implications for plant varieties developed by mutagenesis, is seen as a barrier for innovation and likely to have set back both EU agri-innovation as well as the potential for farmers to enhance productivity.

Barriers, challenges and obstacles did seem to feature pretty highly in the discussions – with the keynote speech titled “Removing obstacles to farmers’ investment in smart farming” – and the conclusions being around waiting for the new generation of farmers to take over the reins and emphasising the importance of education.

One of the big themes of the conference was how new innovations could gain widespread commercial adoption across the industry. Phrases such as “we need to convince farmers…” and “in order to persuade growers….” kept coming up in the discussions. This felt sadly reminiscent of the old days of science communication, where “the public” were seen as a homogenous group, devoid of their own context or knowledge, simply waiting to absorb the latest new thinking. Attempting to convince or persuade anyone of anything is usually exhausting, expensive and time-consuming. It would have been heartening to hear more about engagement, consultation and collaboration with farmer partners – and to see more inclusion of farmer expertise on company Boards and in advisory and non-executive roles.

It was, however, heartening to see a session entirely drawn from the Agri-Tech East membership (G’s Fresh, BASF, KisanHub, NIAB, Barclays and Spearhead International) talking about the importance of farmer engagement in research and innovation.

Also worthy of note is the way firms are describing themselves. Companies at the conference variously described themselves as “chemical,” “data”, “digital,” “life sciences,” “food,” or even “healthcare” organisations – reflecting the breadth of interests represented at the Summit. Yet it is widely accepted (and indeed has been the topic of previous blogs) that disruptive innovation happens at the margins of so-called “traditional” silos of thinking, when they interface with other sectors or industries.

So why do we feel the need for labels? We see lots of examples where investors have encouraged “focus” by start-ups which actually have a multi-faceted potential, but they instead target one domain area. There is of course merit in doing one thing well, rather than being unfocused and trying to do too many things at once, but does this approach risk missing out on the magic?

These things are generally cyclical. Having seen industries become more specialised, focused and reductionist in their approach, it appears now that broader structures are needed to capture the opportunities of technology convergence between health, food, agriculture and the environment. And chemistry. And electronics. And the digital age.

So how would you describe a company that puts all those together in one organisation?