A more effective test for TB delivers results in 6 hours

A ground-breaking test for tuberculosis that can deliver results within six hours is on the cusp of commercialisation, says Dr Berwyn Clarke from PBD Biotech.

The current method of testing is unreliable as it appears to miss a significant number of animals that are carrying the disease.

Routine testing for bovine TB is problematic as it misses many infected animals. This is because the current gold standard uses the immune reaction of the animal and has issues of both sensitivity and specificity.

A novel, highly sensitive test developed by PBD Biotech is able to detect levels of mycobacteria  in blood, milk and other tissues. This includes M. bovis, which causes bovine TB.

Critically the test can detect the difference between infected animals and those that may have been vaccinated, thus offering more opportunities to control tuberculosis in animals.

The test for TB was developed over ten years by Berwyn and his colleagues working at Nottingham University. PBD Biotech builds on work by Berwyn’s previous company which focussed on detecting TB in humans using a similar approach. 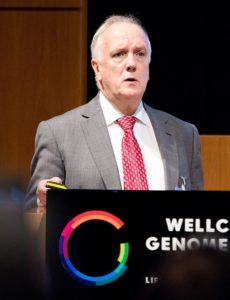 PBD Biotech’s test is proven to detect M. bovis in the blood of cattle in a peer reviewed paper published in May 2016. Berwyn is also working with the US Department of Agriculture on experimentally infected calves, a study that is also showing considerable promise in achieving early detection –  before animals would give a positive result with the standard skin test.

Similarly the test also has been optimised for detecting other mycobacterial infections such as Johne’s disease, again detecting the infection before standard immunological tests.

Johne’s disease is caused by Mycobacterium paratuberculosis, or MAP, and has huge impact on animal health and productivity in both cattle and sheep. This disease has a lower commercial profile than bovine TB but is equally difficult to diagnose and the only way you can detect that is to take a sample from the animal and try to grow the organism, which takes about 11 weeks.

Berwyn says: “Our optimised test takes only six hours from sample to result so the speed of detecting the infection will be pretty transformational for disease control and epidemiology.”

The method has also been successfully used in blood samples from other animals including sheep and horses and is predicted to work equally well in species where there is no bovine TB test at all, such as pigs and deer, and other more exotic farmed species such as llamas and alpacas.

It is not only the UK and USA that could benefit from PBD Biotech’s new, simple and inexpensive tests; the company has already had inquiries from Paraguay to Pakistan, so Berwyn is seeking seed funding to build a dedicated lab for service and manufacture to service the potentially massive domestic and global demand.

Berwyn, a seasoned entrepreneur in life sciences, says the work of Agri-Tech East is an asset to the region:

“Agri-Tech East has already introduced us to agriculturally focused investors including the Eastern Agri-Tech Growth Initiative. It also gets us into a local stakeholder network which will be useful to enable us to grow our animal health reputation.

“It’s really hugely valuable to develop those networks so we can build the links to the right commercial contacts, even with the right distributors in other parts of the world. It also gives us confidence around regulatory approval required in the animal health arena.

“We are an East Anglia start-up which could be quite quickly a pretty serious global manufacturer creating jobs and generating income.”

PBD Biotech is also working with the dairy industry, especially those using unpasteurized milk to ensure that live mycobacteria are not introduced into the food chain.

PBD Biotech was one of six featured companies as part of the Start-Up Showcase at REAP 2016, Agri-Tech East’s annual conference, which was held on 9 November- more details about REAP can be found here. 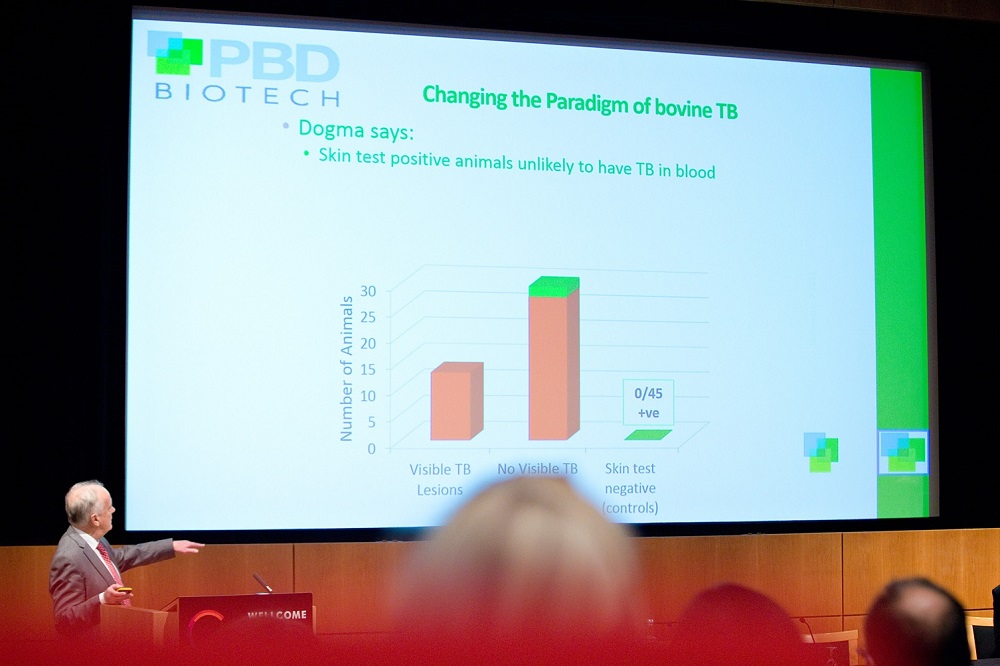