‘We are what we eat’ is an old saying, but still rings true. As knowledge about how the body uses this vital fuel grows, the importance of making our crops both more nutritious and delicious is gaining pre-eminence.

Breeding for improved flavour and added value is the theme of our event on the 22nd February, which will focus on how new breeding and agronomic practices are influencing the flavours and health properties of some of our favourite foods. Sweetcorn, courgettes, broccoli, strawberries and wheat are among the staples to be discussed.

Out breeding to re-discover traits 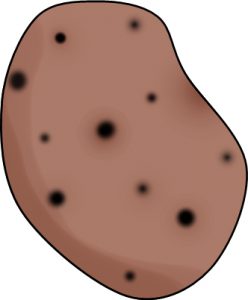 There isn’t much we can do with the weather, but it is possible to breed crops that are more resilient to it.

Most of our most common foods bear little relation – either in appearance or taste – to their ancestors. Tomatoes, for example, were small, green and hard, wild ancestors of potatoes grew up to 4 feet in height and wheat had tiny ears, fewer grains and was as tall as a person.

Many breeding programmes are looking to these wild relatives to re-discover traits which have been bred out of commercial varieties but could help improve human health, or bring environmental tolerances to new varieties.

Domestication and breeding aside, soil type and even agronomic practices can influence the nutritional content of some food crops, and new practices around hydroponic production are enabling certain flavour compounds in salad and herb crops to be enhanced.

Given the cost and timescale of bringing new crop varieties to market, and the variability of soils and management practices that can influence their taste and nutritional content, how do breeders and growers recoup the value when they are served up on consumers’ plates?

A real opportunity exists in establishing higher value food crops as mainstream choices for consumers, and agreeing how everyone in the value chain benefits from them.

Beneforte broccoli, for example, has higher levels of the compound which could reduce the risks of certain types of cancer, but retains the great broccoli flavour. It was bred in Norwich by cross-pollinating wild broccoli relatives with commercial varieties and is now available in a number of British supermarkets.

Development of this new broccoli variety took 27 years and around £41m in public funding to bring to market. Investment in translational research seems like a big number, but is reasonably modest when compared to the estimated £1.2 billion that is needed to bring a new drug to patients.

Breeding to extend the growing season of strawberries from weeks to months has transformed this berry from a treat to a nutritious snack staple and has made it the most high value product in the supermarket.

The investment in breeding has been recouped so many times that in the world of pharma it would be called a ‘blockbuster’.

An over-simplistic comparison maybe, but one which shows the contrast between pharma and farmer and how well placed we are in the UK to eat ourselves healthy.

We’ll be discussing these issues and much more in our meeting on 22nd February, but for now, may your 2017 healthy eating regimes be inspired and supported by great British produce.