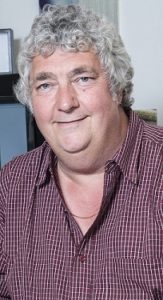 According to Dr Ian Bedford, an entomologist at the John Innes Centre, slugs are not only a nuisance, but they can be “quite a dangerous pest”.

He substantiates his rather bold statement by explaining: “Slugs can carry a host of harmful bacteria. This could include strains of E.Coli which have been shown to grow on their mucus; they can also be a host to parasites that live within the slug’s body. One of these is the heart worm parasite that can infest mammals such as dogs and foxes. If ingested, the heart of the infested animal becomes full of worms which can be fatal if left untreated.”

Adding to the gardener’s plight, the non-indigenous Spanish slug takes Dr Bedford’s obvious concern to another level. “I first noticed these slugs on my lawn and in my vegetable garden in 2012. They were different to our British slugs – growing much bigger, to as long as 16cm; they fed in packs, unlike our lone-feeding indigenous species; their diet was more diverse, including their voracious consumption of potato and onion tops, as well as dog faeces and dead animals.

In the spring of 2013 we found the slugs eating the tops of daffodils! “From the reports we’ve received this year and our own observations, it appears that Spanish slugs have been more prevalent during 2015 than in 2013, but less of a problem than in 2014 and 2012.

Although we’re not sure of the reason(s) for this, we’re assuming that it relates to a combination of unfavourable weather conditions and the fact that many people affected with Spanish slugs will have been reducing populations by collecting and destroying them. For example, I was collecting 30-50 each day from my garden during June/July, but this had reduced to less than 10 by Autumn.”

The Spanish slug is also much slimier than British species, he adds, which makes them very resilient to hot, dry weather, as well as some control options. This species is also a very prolific breeder, laying up to 400 eggs in its one year lifespan, compared to around 200 eggs per year by our native slugs.

According to Dr Bedford there are two Spanish species – Arion vulgaris, the Spanish slug, and Arion flagellus, the Spanish Stealth Slug, with the latter being less aggressive. The areas most affected by these invasive pests are East Anglia, the New Forest and the south east of England, with the Stealth Slug being more regularly sited in the west of England and up into Scotland.

“Their subsequent spread throughout the eastern counties could again be linked to the movement of plants as well as being through natural dispersals from the original outbreak(s). Along with the large number of eggs they produce during their lifetime, they can cover quite large distances when searching for suitable habitats.” He feels very strongly that home gardeners have an obligation to control this growing menace.

“In Norway the Spanish slug has become a huge problem over the 25 years since it was first identified in the country; if we don’t try and control its spread in the UK, it could soon become a serious problem to commercial crops as well as our home gardens.”

For this reason he has coordinated the setting up of the website slugwatch.co.uk, and is encouraging gardeners – and farmers – to register the location of any potential sightings. Primarily outbreaks of the Spanish slug can be identified by their behaviour and the huge numbers that can be seen (often many hundreds within a medium sized garden). “They seem to have a passion for meat and are strongly attracted to rabbit-flavoured cat or dog food,” says Dr Bedford.

“I suggest placing a large plastic drink bottle in the garden, containing a dollop of rabbit-flavoured cat food, to watch how the slugs react to it. Once you’ve caught some slugs you could then go onto the Slugwatch website to check what species you have.”

The control options are limited for Spanish slugs, so for home garden infestations, Dr Bedford recommends picking them up with gloved hands and drowning them in a bucket of soapy water overnight. Household bleach could also be used to sterilise the bucket before the contents are tipped into a hole in the soil and buried.

On no account, he says, should you cut them in half, nor squash them because of the risk of passing on the parasites to pets and other wildlife. Metaldehyde and Ferric phosphate-based slug pellets are both available for use against slugs and will control the Spanish slugs.

However, this is often impractical when large numbers of slugs are present. On a more positive note, of the 34 species of native slugs, only around six are regarded as problematic to growers. Dr Bedford comments: “Before the Spanish slug appeared, the grey field slug Deroceras reticulatum – mainly an issue for farmers – the Black Garden slug Arion hortensis – which attacks potatoes – and the Keeled Milax species of slugs – which feed on bulbs and tubers – were the most notorious species.

“The options for control of our native species, and possibly very small Spanish slugs of around 1g in weight, do include a biological option: Nemaslug, which kills slugs via microscopic eelworms specifically bred to kill just slugs and, if small enough, snails.”

Slug and other pest control was discussed at ‘The Good, the Bad and the (B)ugly’ Pollinator on 19th January at the Norwich Research Park by Dr Jonathan Clarke of the John Innes Centre, together with talks from Uta Paszkowski of the Department of Plant Sciences at University of Cambridge, and Tom Wood of NIAB.