Robots and real-time diagnostics were on the wish list for farmers across Europe who were interviewed by researchers from the European initiative Smart AKIS. From UK to Serbia, Netherlands to Greece the results showed considerable regional variations in the requirements for smart farm technology (SFT), but a common theme was a keen appetite for innovation.

Agri-Tech East is to host three Smart AKIS workshops that will profile the technology that is currently on the market, create a requirements specification from farmers and producers to inform improvements to these new tools and devices, and encourage early adopters to trial emerging technology. Smart Farming Technology is precision farming plus farm management information systems and, particularly, includes automation and robotics.

Research by Smart AKIS suggests that farmers will be up for the challenge. 77 percent of farmers interviewed said they experimented on their farms; the most popular (by number of mentions) included: 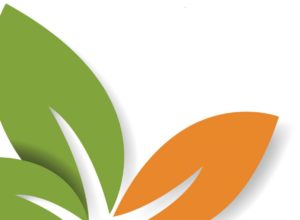 Some of the experiments with new technologies are related to reducing or optimizing the inputs applied to crops, improving post-harvest technology (e.g. washing or drying equipment), or other cultivation techniques such as seeding or drilling. Others report experimenting with different crop varieties, some even using older varieties, focusing on legumes or trialling the use of cover crops and green manures.

Farmers were also asked if they could describe an improvement to existing machinery or SFT to make it more acceptable or useful for farmers. In total, 146 farmers (54%) provided suggestions for existing SFT.

These responses suggest that although the existing technology may cover needs, it might not work in a way that farmers would find helpful and this may be limiting their adoption.

The cost of smart farm technology was a large barrier to adoption, as were problems with compatibility between devices.

There seems a major opportunity here to increase adoption by:

Lastly, farmers were asked what the one piece of technology is that would be the most useful to them and their farm – regardless of whether it exists or not.

Although many suggested improvements to existing SFT and systems, the largest proportion of farmers listed robots or autonomous machines for doing monotonous work processes. Second most frequently mentioned included real-time diagnostics, whether it is for soil, plant needs, or diseases.

The first Smart AKIS workshop “Smarter, Not Harder: Open Innovation for Smart Farming“ is to be held on Elveden Estates, north Suffolk on 10th May 2017.

Dave Tinker, from the European Society of Agricultural Engineers, and a project partner working closely with Agri-Tech East, says:

“We’re all really looking forward to these workshops, not only will we learn a lot from the experts being assembled, but we’ll also learn a lot about what will really help our local farmers in getting the best from ‘farming smarter’.

“Researchers and suppliers will be there as well so that ideas and needs are picked up and put into practice sooner. We plan that these workshops (21 are happening around Europe) will make Smart AKIS the network for Smart Farming around Europe and we look forward to seeing you there”.