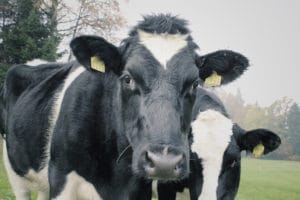 Actiphage® is a rapid blood test for the mycobacteria that cause bovine tuberculosis (TB) and Johne’s disease. A new paper, published in the journal of Microbial Biotechnology, describes how PBD Biotech developed the test to support farmers and vets to provide improved Johne’s and bovine TB testing.

Co-author Ben Swift explains that Actiphage was developed to offer an one-day test that was capable of detecting low levels of viable mycobacteria.

Dr Swift says, “The Actiphage method offers the potential for rapid, inexpensive, sensitive detection of live mycobacteria in high-throughput format. It reduces the time to detection of the slow growing mycobacteria from months to hours.”

Mycobacteria are responsible for a wide range of diseases in humans and animals. Mycobacterium bovis (M.bovis) causes bovine TB in cattle, wildlife and a range of other species including pets. Mycobacterium avium subsp. paratuberculosis (MAP) causes Johne’s disease, a severe wasting disease in ruminants.

MAP has also been associated with Crohn’s disease in humans, but a causative link has not yet been conclusively proven.

PBD Biotech has developed the Actiphage test for mycobacteria, in blood and milk, as a commercially available kit. The sensitivity and specificity of the new Actiphage test is a further improvement on the original phage-RPA, developed by the co-founders.

The paper ‘The development and use of Actiphage to detect viable mycobacteria from bovine tuberculosis and Johne’s disease infected animals’, co-authored by Drs Ben Swift and Cath Rees, describes the method used.

The primary screening test for bTB in cattle in the UK is the single intradermal comparative cervical tuberculin test (SICCT) or tuberculin skin test. It is the internationally accepted standard for detecting M. bovis infection in live animals.

In the study, blood samples from cattle (n=41) found to be positive to M.bovis with SICCT were tested using both the original phage-RPA and the new Actiphage test.

These SICCT-positive animals had been classified post-mortem as either Visible (VL) or non-visible lesion (NVL), and the data showed that the Actiphage method detected mycobacteria in the blood of all (n=13) of the VL animals and 93 % (26/28) of the NVL animals. None of the animals in the negative control gave a positive result.

Swift concludes, “The sensitivity of the method allows detection of low numbers of viable cells in clinical blood samples and therefore has the potential to revolutionise disease management of mycobacterial infections.”

Actiphage is currently being trialled in the UK, Europe, USA and Canada and PBD Biotech is working towards OIE (World Organisation of Animal Health) validation.

More on the story can be read on PBD Biotech’s website.