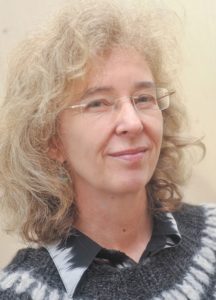 Dr Lydia Smith is Head of the NIAB Innovation Farm. Although much of her time is now spent managing the research, she has recently returned to her early interest the role of mycorrhizal fungi in the soil. New techniques for identifying and quantifying microbes in the soil and concerns about loss of organic matter have given the subject a new momentum, as she explains.

Many plants have a symbiotic (beneficial) relationship with mycorrhizal fungi. These microbes link to the plant roots and extend a network of fungal hypae into the soil, acting as a secondary root system. The host provides food in the form of sugars and in return the fungi releases nutrients such as phosphorus that are not readily soluble and may otherwise be locked up in the soil.

Mycorrhiza inoculation has been used effectively in horticulture to release nutrients but the benefit on a field scale is only recently being assessed.

At NIAB we have conducted small scale trials with various legumes, such as sainfoin and found that in soils where available nutrients are limited, there was a clear improvement in germination and early growth in these legumes following mycorrhizal inoculation. A new trial to quantify the impact on soya at field scale is due to start this summer – so watch this space!

However, the benefits of such symbionts in soil that is nutrient-rich are harder to assess. In the UK soil phosphate is often not growth limiting and nitrogen can be readily mobilised when the soils warm up and the microbes become active. Also, although levels of phosphate may be in short supply in mature grassland, farmers can add phosphate to agricultural land at relatively low cost.

So the question remains: is the benefit of using adjuvants such as fungi sufficient to merit its wider use? To investigate this we are looking at whether existing soil mycorrhiza has benefits for crops compared to those that don’t have associated fungi. An example project in this area is a NIAB collaboration with Professor Peter Young at University of York, who is looking at the incidence of mycorrhizal fungi and impact of root growth and nutrient uptake on wheat growth.

The relationship between the soil, nutrients and micro biota is complex and influenced by many factors such as the amount of organic matter in the soil and its acidity. 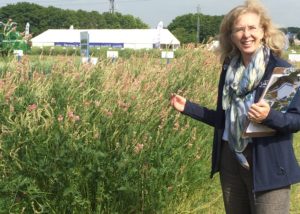 With the introduction of molecular genetics we now have better methods for quantifying and characterising microbes, not just fungi but also bacteria, and this is giving new insights. This is one reason why soil biology is attracting renewed interest and we are currently bidding for a couple of major projects in this area.

Another reason driving interest is evidence that there has been a gradual reduction in the organic matter content of soil at many sites in the UK. So while the value of inoculating soil with mycorrhiza may prove to be limited in nutrient rich soils, there may well be benefits in more fragile soils; for example in the Brecklands where the soils are light and low in organic matter and clay, thus reducing their ability to retain water and nutrients.

Diffuse pollution from agriculture is an issue for the Environment Agency and the water authorities, and microbial action has an important role in this. As the soils warm up, microbes become active in breaking down the organic matter and mobilising nitrates and phosphates that had previously been locked in. If this activity coincides with heavy rain then the released nutrients are flushed out.

The presence of green cover, crop rotations and management practices can therefore have a big influence on maintaining soil fertility and preventing water pollution. This is an area we are also investigating at NIAB and my colleague Ron Stobart has some significant projects in this area. Of particular note is the STAR project, now in its eleventh year, which compares four different cultivation methods and their impact on the soil structure and fertility.

It is important that farmers and growers recognise the role of microbes in the soil but equally it is a difficult subject to understand. Hopefully with the benefit of the new soil health research programmes and events such as the ‘Geomatics Meets Soil Health’ SIG meeting we will be able to communicate some of the recent findings and share the benefits.