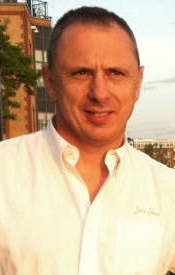 “Yield mapping is now cheap as chips, and you can’t buy a combine without it. It’s a really accurate technology – for a narrow width it takes readings every couple of seconds. It’s the most precise record you can make and extremely worthwhile” says David Purdy, Territory Manager at John Deere UK. He believes precision farming is critical to improving profitability for farmers.

David will be sharing his insights on the relationship between current farming knowledge and new technology at this year’s Agri-Tech East’s REAP conference on 7 November 2017.

John Deere has been at the forefront of agricultural equipment manufacturing for 180 years; as the agriculture industry has evolved, so has John Deere, supporting best farming practice with precision technology. David believes this is critical to improving profitability for farmers.

He explains: “By taking five years of data it is possible to see which areas of the field are consistently lower yielding – which ones are normalised, and which ones are above normal. This indicates where to sample the soil to understand better what is happening and can drive a whole host of different decisions; particularly if a good farm manager or agronomist, spends time with the data that is collected.

“The issue, I think, is that often not enough management time is given to considering the options.” 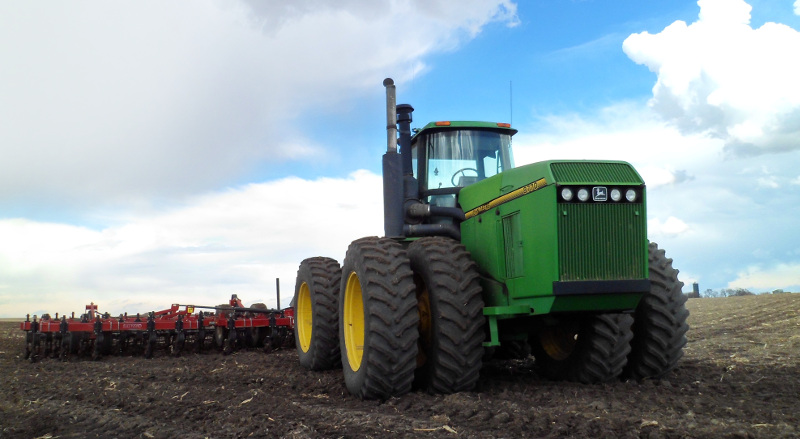 The integration of sophisticated technology into farm equipment is enabling the company to provide intelligent data-backed services, for product support.

“We are collecting a huge amount of data about our machines, which can be used to improve their efficiency for farmers,” says David. “John Deere can mine this information to predict what might happen to a machine during its lifecycle.

“We can identify when a part is likely to fail, enabling us to make a preventative repair before it becomes an issue. We also go back to the supplier of that part, and tell them what needs to be improved. The aerospace and trucking industries already have this in place, but in agriculture we are well on our way.”

Managing traffic in the field

David cites the renewed interest in soil health as the stand out topic in farming. One method of preventing damage to soil health is to control traffic in the field

“Tyre pressure is one of the factors that can reduce damage to the soil as it is important to get the power to weight ratio right to avoid soil compaction,” explains David. “John Deere is talking to people where the fields are heavily trafficked.  We have been able to help them reduce that dramatically, with the adoption of simple machinery alterations, guidance systems and good training for staff.” In addition the management and use of consistent guidance lines through the cropping year and beyond can also reduce traffic longer term 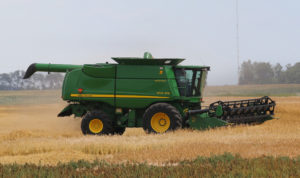 A lack of interoperability between some technologies is a point often raised by farmers. Although there have been some integration of farm management systems – there are many issues.

David says: “The move towards precision farming has changed the industry dramatically over the last five years.

“It’s an evolving story and a positive one. Will the issue ever be totally fixed? Well, there are intellectual property factors to be considered, which lock people into using certain methods. When millions of USD is invested into developing these systems, there will always to be an element of competition. I don’t think we’ll get to a stage where everything will just plug and play, but I think that most manufacturers are beginning to sing to the same song sheet. The progress of technologies such as ISOBUS and machine connectivity is improving all the time.

“However, much of the issue is the speed of change.  There are old legacy systems that are still in use. At present people want to connect these up to the newer technology but the development needed is not worth it. With wider adoption of digital technologies there will be less compatibility problems. It’s a function of time as much as willingness to integrate.”

David Purdy will be speaking as part of the Sofa Session at REAP 2017, which will reflect on the day and discuss the close interaction between emerging agri-tech and current knowledge amongst the farming and growing community. For further information, please click here.