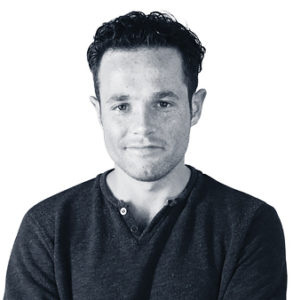 A chance conversation in Cambridge has led to the development of a new aerial imaging service for agriculture that now supports farmers across the USA.

Farmer’s son Max Bruner, CEO of Mavrx, is one of Agri-Tech East’s international members. He says: “America, as you know, is a very large country but our company covers the entire US corn, wheat and soya bean industry, which spans 18 states.

“To do this we use an ‘Uber’ based model to provide coverage. A farmer requests our services and we get the nearest of our light aircraft pilots to fly over their fields to take images.”

The idea for the business came in 2012 when Max was in Cambridge studying for a master’s degree.

He recalls: “One evening I was at a formal dinner and the guy sat next to me was an aerospace engineer. We started discussing robotics and he explained that he was currently building a drone with a colleague.

“My father was a farmer and I quickly realised that this technology had a very clear application in agriculture. Using imagery to help monitor crop growth could make a massive difference to farmers by freeing up some time in their non-stop day.

“I joined their team and we started taking aerial pictures of fields by strapping a Go Pro camera to the drone. In fact that colleague of the guy at the dinner later became my co-founder.”

“We knew this was a tremendous opportunity so we decide to really ‘geek out’ and put it on Kickstarter, a website that encourages individuals to fund projects. In 30 days, 450 people had backed our project with $220,000; our part of the deal was to give them a drone!”

All investors got their own drone and during this time the team realised they wanted to focus on image capture and resolution to try and collect meaningful scientific sensory data, rather than just getting a camera into the sky.

Max explains: “We tested drones, satellites and light aircraft and tried many types of camera including building our own. It was very exciting; the most memorable moment was attaching a camera to a ball and throwing it into the air.

“We tried everything you could imagine and ultimately it led us to the model we use today.

“We have four different sensors with custom filters that isolate different parts of the infra-red spectrum. We can measure plant health in relation to biomass and chlorophyll content, along with several other parameters.

“By using light aircraft, highly sophisticated cameras and software analytics we produce a high resolution image, with robust scientific knowledge, at the best price for the farmer. The farmer can use this information to make good business decisions about how to manage and invest in their fields to help maximise profit and reduce inputs.

“I was honoured to attend Cambridge, but I never realised that a chance meeting at dinner would change my life!”

Max Bruner is one of the speakers at the next Agri-Tech East Remote Sensing and Monitoring Special Interest Group meeting due to be held at Centrum, Norwich Research Park, Norwich, Norfolk, NR4 7UG from 9.30am on the 1st December, 2015.