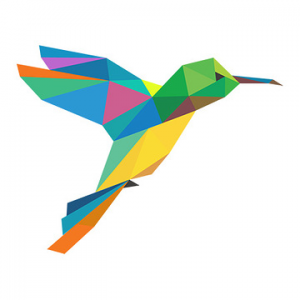 The main diseases that affect wheat each have their own spectral signature, which means they can be detected remotely, even before there are significant impacts on the crop.

Will Wells, CEO of Hummingbird Technologies, says: “Septoria is one the main diseases that affects wheat and there are many different species. With our technology, it is possible to detect the disease in early May, allowing key decisions to be made about crop protection.”

Agri-Tech East member Hummingbird was one of the companies featured in the REAP 2016 Start-Up Showcase. Hummingbird is about to roll out its innovative drone-enabled solution, which encompasses early (and often pre-symptomatic) disease detection, precision weed mapping and accurate yield forecasting services.

Since Will Wells founded the company in January 2016, the 14-strong team have developed a technology able to detect and learn about changes in crop health, by taking aerial images at critical decision-making points in the growing season, using drones mounted with custom-made multi-spectral sensors. This information is then sent to farmers via a simple app, providing them with actionable intelligence concerning fungicide applications and other input optimisations. 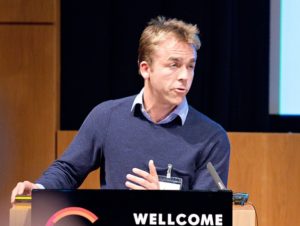 Increasingly across the industry, a technique called Normalized Difference Vegetation Index (NDVI) is used to determine the health of the plant canopy. Healthy plants strongly reflect NIR light, as it isn’t used for photosynthesis. When a plant is diseased or weak, reflection of NIR is greatly reduced. The infrared images are processed using software to create the NDVI, which can identify the affected areas with pinpoint accuracy. A mathematical algorithm can calculate the difference in what is being reflected across an area of crops.

“There are two or three main diseases that affect wheat,” Will explains,“ and each one has a different spectral signature, which means you have to ‘listen’ to different wavelengths at different points in time and according to the crop cycle.

“We have developed software that uses artificial intelligence to learn when to be ‘worried’ about the yellow spot on the top leaf. This is achieved by combining the spectral information with data gathered on the rainfall, soil type and historic performance. The service will recommend, for example, that this symptom could be indicative of a specific pathogen. The other aspect of the technology is that it will be looking at feature-based symptoms, such as whether the leaf is shorter or blotchy, or has mildew.” 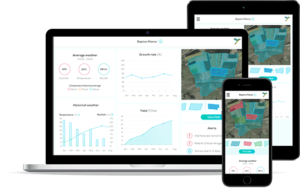 Another subset of innovative algorithms can detect blackgrass at very young stages, with 80% accuracy; with more trialing, they aim to be able to detect the weed at pre-emergence stages, which would have a huge effect on both costs and yields, as would confident forward-selling due to accurate yield forecasts (80% by the beginning of May).

The Hummingbird drones fly over agricultural land eight times a season; the estimated 34 million data points collected per hectare are extracted and sent directly to Hummingbird’s cloud, along with data from all the accompanying ground-truthing data Hummingbird collects to validate their findings.

Here, the data is run through an extensive workflow of proprietary algorithms, enabling the pre-symptomatic disease detection, precision weed mapping, nutrient optimization and remote health monitoring. All this information is sent straight to the farmer within 24 hours, with clear advice on what to do next. 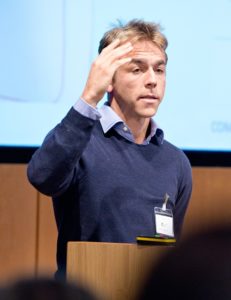 Hummingbird has a particular focus on large arable farms, where there is economy of scale. The company, currently based at Imperial College London, already has over 100,000 hectares in its stakeholder base across the UK – a large part from its cornerstone industry backer, Velcourt – and currently provides an end-to-end service that integrates with existing farm management software.

The next step in Hummingbird’s evolution is rolling out the technology in the UK, targeting large cereal crop estates, followed by further reach into Eastern Europe and Russia, where the market size is even greater.

Will is full of praise for REAP: “The REAP conference was a huge success for Hummingbird. We were blown away by the agronomic innovation and bioinformatic excellence on display. Indeed, it’s a great showcase for emerging talent and we were honored to have been a small part of it.

“At its core, Agri-Tech East is the perfect platform for Hummingbird’s technology, providing us with the exposure and heavyweight partnership possibilities to fulfill our commercial roll-out potential.”

Find out more about Hummingbird at hummingbirdtech.com