Good taste and fresh ideas from M&S at REAP

“M&S is looking at ways to increase the nutritional value of food, particularly by increasing levels of the vitamins and minerals found in vegetables, that may be lacking from peoples’ diets,” says Matt O’Hagan, Senior Agronomist at Marks & Spencer.

A suntanned mushroom rich in Vitamin D is one of the developments by Marks & Spencer aimed at boosting the nutrition and flavour of vegetables. Matt will be speaking at REAP about how the company encourages sustainable practice by farmers, and also the important role of new technology and precision farming.

Themed ‘Today’s Knowledge Meets Tomorrow’s Technology’, REAP will focus on the emerging agri-tech that is securing a productive, profitable and sustainable future.

“There is a lot of merit in the older varieties, particularly for flavour.  Many of these old varieties have been lost, as they couldn’t stand up to today’s commercial practices. Identifying the traits that make them more sustainable and matching that with how we farm in the future, will be an important way to capture the best of what we have now and improve on that.”

Matt has been with M&S for over four years, and prior to that he was the Technical Development Director at DPS, developing its exotic fruit business.

Vitamin D is vital for healthy bones and the body can make it from sunlight, however many people suffer from a deficiency, as during autumn and winter the sun in the UK is not strong enough to produce the vitamin D they need.[1] Since it is difficult to get vitamin D from food alone, M&S makes all of its breads with yeast that produces the vitamin naturally.

The retailer is also expanding this enhancement to other products as Matt explains:

“We have developed Vitamin D enriched mushrooms. The mushrooms go through a process of absorbing a specific ultraviolet light, which effectively gives them a ‘suntan’. When eaten, the Vitamin D is readily used by the body.” 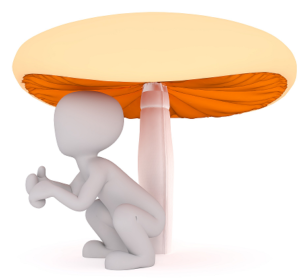 “Looking to the future, the use of LED and indoor systems will be more commonplace. Whether that is urban farming remains to be seen, but it has a lot of potential, as you can grow products anywhere without glass.”

Within an enclosed area robotics become a closer reality and Matt sees the benefit for vegetable cultivation in the upcoming years of uncertainty.

He explains: “I think robotics have to start playing a part, particularly with labour issues on the back of Brexit, and to keep costs under control. This is important in the vegetable sector, as hand labour is still predominant. If we can find solutions to some of the harvesting problems, it will be a massive win.”

Nutrition can also be enhanced through good agricultural practice as the fertility of the soil determines the amount of protein and vitamins in the food.

“I think we’ve only just scratched the surface of precision farming,” says Matt. “M&S has looked at Controlled Traffic Farming, yield maps and how we can use inputs more efficiently.

“As an industry, I don’t think we pay enough attention to the health of our soils; whether it is the level of organic matter, the number of cultivations undertaken and the release of carbon.

“It is critical to understand what is actually happening in our soils. It is a complete circle, as when you have healthier soil, you have a healthier crop with the potential to reduce the amounts of inputs that you are using. “

Farming for the Future 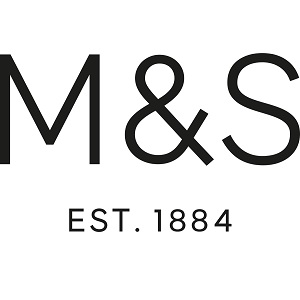 “Marks & Spencer has a ‘Farming for the Future’ programme, where we encourage our farmers and growers to use technology to future-proof their businesses,” says Matt. “It might be looking at alternative energy, improving soil health or animal welfare.

“We reward suppliers and growers who have shown initiative and are making their businesses wholly sustainable.

“For example, we have a number of growers using Anaerobic Digestion plants to power their facilities and reducing the amount of fertiliser that they use.”

However, Matt agrees that it is difficult to measure the sustainability performance and believes that the agri-food sector is not fully up to grips with how to analyse the available information.

He says: “Some businesses are looking at how they can use big data and measure sustainability performance – if you can’t measure it, you can’t manage it.

“We can look at demonstration farms to see the impact of a particular method of farming over time, but there aren’t many of those farms around. I think it’s an area that we need to look at further.

“Also there needs to be an alignment between the different stakeholders on sustainability metrics – and agreement on what they need to be. If you have someone coming from a wholly environmental perspective, they will have a different set of criteria to someone from a production-oriented background.”

Crop rotation was invented in Norfolk a few centuries ago and Matt believes that it can be improved in the future.

“We are pretty good when it comes to potato and carrot rotation, but perhaps less so with brassicas. We are just realising the benefits of cover crops, as there is often a lot of bare area in the field for large periods of the year when growing vegetables.”

He considers it possible to bring back valuable aspects of older crop varieties, which were phased out over time.

“It comes down to breeding,” explains Matt. “You have to select the right variety and identify what traits give good taste and flavour.

“Many of these old varieties are now defunct, because they couldn’t stand up to today’s commercial practices. So it is about identifying the valuable traits for future farming.”

Matt O’Hagan of Marks & Spencer is set to speak at this year’s ‘Realising our Economic and Agricultural Potential’ (REAP) conference on Tuesday 7th November, at the Wellcome Gencome Campus Conference Centre in Hinxton, Cambridge. For further information and registration details, please click here.

Marks & Spencer (M&S) is a major British multinational retailer headquartered in the City of Westminster, London. It is listed on the London Stock Exchange and is a constituent of the FTSE 100 Index.