Wasted space on the sides of buildings could become the salad bowls of the near future with a pioneering approach to growing vegetables from Aponic Aeroponics, one of the organisations taking part in the Royal Norfolk Show’s new Innovation Zone, hosted by Agri-Tech East.

The zone will also include a taste of the future with super-nutritious peas and algae rich in omega-3, an essential nutrient known to boost brain function. The introduction of the Innovation Zone is one of the Royal Norfolk Agricultural Association’s (RNAA) new initiatives to encourage a wider interest and understanding of new approaches to farming and food production. Bringing together the latest advances in agricultural science, technology and engineering, the Innovation Zone will provide an exciting new element to this year’s show.

Agri-Tech East has been facilitating this and Belinda Clarke, director of the cluster organisation says: “We need new thinking in agriculture to meet new challenges. East Anglia is one of the driest regions of the country and vegetables and salad crops are among the thirstiest. Approaches which increase the precision of water use, improve the nutritional content of vegetables and offer new ways of growing food on land previously unsuitable for farming need to be discussed and considered.” 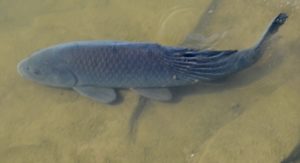 Aponic, one of the organisations on show, will be demonstrating how vertical soil-less growing towers can be used to easily create huge yields of herbs, salad crops, fruit, vegetables and fresh fish in a small area. Jason Hawkin-Row, founder of Aponic says: “Water is a finite resource and we are often told that we do not have sufficient land to grow all the food we need. “Growing plants in vertical tubes in nutrient rich water boosts yield and makes efficient use of water. You can easily produce a salad crop with 90% less water than conventional food production.”

Aponic is producing a commercial model which is attracting interest from the horticultural sector, particularly from strawberry farmers and small holders, and a domestic model that can be used to grow a range of crops, even potatoes, without the need for watering, digging and weeding. Jason says his interest originally came from his passion for fish. “I had fish in a garden pond and wondered if I could convert the ammonia that they were producing as waste into nitrates I could use as a fertiliser on my allotment. I developed a system of ‘trickle towers’ that worked like a bio-digester – nitrates were created for the plants and clean, highly oxygenated water was returned for the fish.” 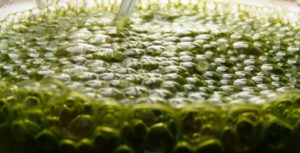 Also on show will be a demonstration of a compact biofermenter by Algenuity, which can be used to grow algae as well as to better understand the best conditions to grow particular algae strains in specific locations worldwide. Andrew Spicer of Algenuity explains: “Algae are tiny microorganisms most closely related to plants and many are a rich source of EPA/DHA omega-3 polyunsaturated fatty acids found in fish oil. This nutrient is associated with protection against a number of major diseases including coronary heart disease, cancer and type 2 diabetes.

Our system would allow the production of a vegan source of these valuable nutrients suitable for enriching other foods. “ Algenuity is also involved in harnessing the internal biochemistry of algae to convert them into sustainable ‘factories’ for the production of high quality animal feeds, new pharmaceutical grade chemicals and crop protection products. One of the greatest innovations in pea production happened in Norfolk, it allowed peas to be frozen quickly after harvesting to conserve their fresh-picked taste. 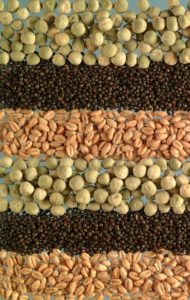 Work at the John Innes Centre is directed at making this crop more desirable to the farmers by improving yields, taste, performance and market value. The research institute has collected peas of all different varieties over many years and is using new knowledge about its pulse genetic resources to benefit traditional breeding. Farmers and environmentalists are keen to ensure that sprays are only used when they are needed.

Improving prediction of disease and applying plant protection just to the crops that are at risk will reduce wastage of chemicals. This is known as precision farming and URSULA Agriculture will be showing how analysing data collected by UAVs (drones) flying over crops can enable better management and increase crop performance.

Alex Dinsdale of URSULA says; “Detailed and usable crop data, particularly in the form of digital field maps showing things like weed stress, disease pressures and variation in vigor, are increasingly seen by growers and agronomists as providing real value in crop management.

Greg Smith, CEO of the RNAA says: “Norfolk has always taken a lead in demonstrating new technologies, from the early days of Thomas Coke of Holkham who is credited with igniting the British Agricultural Revolution through the reforms he made to farming on his estates during the 1800’s. “His idea was to transfer knowledge and innovation on demonstration farms and at gatherings so it is great to see this tradition continuing at the Royal Norfolk Show.”

The Innovation Zone, which is sponsored by Larking Gowen, is at the Royal Norfolk Show from 1st to 2nd July 2015.