Could ‘flying flocks’ be the answer to soil fertility and low margins? 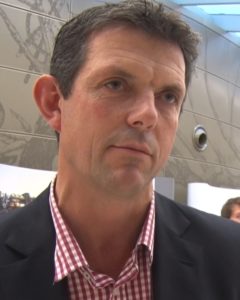 “We know as arable farmers that we need to do something to improve soil health and structure and the inclusion of livestock in the rotation must be beneficial,” says Jamie Lockhart, Farm Manager at Honingham Thorpe Farms. But livestock farming is struggling to be profitable, and with Brexit coming many of the farmers are selling their sheep. The question arises: is there a different commercial model that would be mutually beneficial?

The farm is taking part in a novel trial to explore the benefit of introducing sheep into arable rotations for both the grazier and arable farmer.

Honingham Thorpe Farms is a contract farming business based in Norfolk. Originally a mixed enterprise with livestock and traditional Norfolk cropping of wheat, barley, potatoes, peas, beans, maize, linseed and oilseed rape, it has now streamlined its activities with less crops and more specialisation. The success of this approach has been achieved with a dedicated team and the most advanced equipment available in the sector. 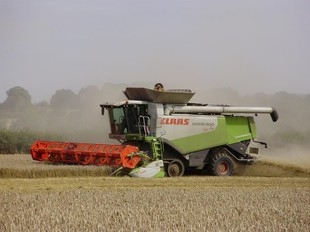 Jamie Lockhart is entrepreneurial, with an interest in working with other businesses to share the benefits of spreading costs and using resources in new ways. He explains how he became involved in a pioneering trial on the farm.

“I was approached in July by Simon Wearmouth of Brown & Co who already had the backing of AHDB, National Sheep Association (NSA), the Organic Research Centre (ORC) and Frontier, to see if we were interested in running a working trial on the farm. The aim was to look at the potential benefits of having a ‘flying flock’ on an arable farm. The idea sounded exciting so we agreed immediately.”

Rather than just renting permanent pasture to the livestock farmer or growing a specific fodder crop for winter forage, the trial would look at the benefits to soil health and fertility of a grass ley (a mix of grasses, clovers and herbs) grazed and manured by livestock. If both parties achieved sufficient quantifiable benefit this could form the basis of new type of commercial relationship.

Jamie explains: “The sheep are owned by EM & JF Peacock and we would normally charge rent for permanent grazing land. Using livestock as part of rotation to build soil fertility is a different concept and it will be interesting to see if there is a yield uplift.” 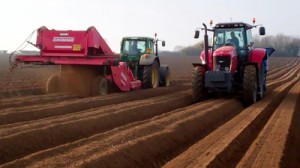 The trial aims to demonstrate the mutual benefit for both arable and grazing enterprises of grass in the rotation, and is being conducted by Brown & Co in partnership with AHDB, NSA and Frontier Agriculture Ltd.

Honingham Thorpe Farms has about 12 ha of land that has previously grown wheat for 2017 harvest. This has been sown as a grass ley split into two blocks, one a grazing mixture of grasses and white clover and the other a herbal ley, which contains a diverse mixture of grasses, clovers and herbs, including plantain and chicory.

Weekly assessment of grass and forage availability will be made to track grass growth and to help decisions to be made in terms of fertiliser use and stocking rate. Two separate groups of ewes and lambs will graze the blocks and weights will be collected so live weight gain will be tracked up until the lambs are weaned in July/August. It will provide evidence on the best mixture in terms of grass growth rates and animal performance. The trial will also be looking at the benefits to the grazier of clean grazing for parasite control and animal performance.

The benefits to the soil may include increased accumulation of organic matter, improved microbial activity, the introduction of micronutrients and greater availability of mineralised nitrogen. The fields have been GPS mapped, they will be sampled and analysed throughout the trial by Frontier. These factors may lead to better soil structure, health and resilience and potentially an uplift in yield for the following arable crops.

To provide objective assessments, Frontier has developed soil maps for the field to provide a baseline comparison, and the farm has good yield data for three years and information for previous years.

Additionally, using livestock in the rotation may provide weed control. The selected field had a problem with blackgrass, which is becoming increasingly resistant to chemical control. Grazing the plants before they have a chance to seed may control and manage the problem.

Introducing livestock to arable farms requires careful management and an investment in infrastructure, such as water supplies and fencing. Jamie comments: “We need to do something about the soil and also to look beyond subsidies for directing land use. This trial should give us a good understanding of the true costs and benefits to our farm and for the grazier.”

Note: Honingham Thorpe Farms is hosting a trial to demonstrate the benefit of introducing sheep into arable rotations for both the grazier and arable farmer. The trial is being conducted by Brown & Co in partnership with AHDB, National Sheep Association (NSA), the Organic Research Centre (ORC) and Frontier Agriculture Ltd. This project has received funding from the European Union’s Horizon 2020 research and innovation programme under grant agreement No 679302, as part of the Innovation for Sustainable Sheep and Goat production in Europe project (iSAGE – www.isage.eu).