Current challenges for a potato farmer

Rising input costs are among the challenges for a potato farm. Nick Sheppard, farm manager at Upton Suffolk Farms near Bury St Edmunds, led the first Agri-TechE farm walk of 2022 to show agri-tech in action and to discuss why innovation in a time of crisis is vital.

Nick explains: “Rising costs are a concern, particularly with the Ukraine situation. I paid less than £200 for nitrogen two years ago, around £300 last year. Now, if you can get it at all, it’s £650. I heard about a boat with DAP fertiliser that came over from Russia and got turned away at the port.

“Agri inflation is another big worry, with the AF Group talking about it hitting 22%.”

“We produce 123ha of potatoes, which is the financial backbone of the farming operation, and they are all for table rather than processing. We’ll be planting in early-to-mid March and harvesting from late July through to September. To extend the season we put some into short-term storage, but the rest are straight to the shelves of major supermarkets.”

“I’ve been farm managing most of my working life – I’ve been at Upton Suffolk Farms for three and a half years, and before that I was a potato agronomist. I just love growing potatoes – it’s really my favourite crop, without a doubt.

“For salad potatoes, we need to be selling a million-plus tubers per hectare in order to make a reasonable return, but the goal is not just yield – we are after a particular size and quality. The value of a small potato (45mm diameter or less) is around £300/tonne, whilst potatoes larger than that might value as little as £50/tonne depending on the market and the contract.

“In late June/July we are out twice a week digging 2m plots, taking the potatoes back, doing size splits and measuring them, because the difference in returns is so huge. It’s a game of judgement.

“You can leave it two days from harvest and sometimes you lose loads of value. But on the flip side we can’t harvest tubers under 25mm as they’ll slip through the machinery. If there are a lot of tubers under 25mm I might let more potatoes grow over the 45mm band in order to get more of the small potatoes above the 25mm band. It is always a tough call on when to stop the potatoes growing.”

Many challenges for a potato farmer 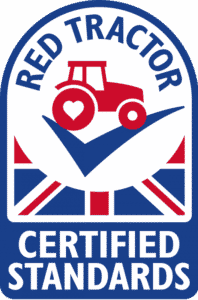 “We’ve kept the seed potatoes in cold storage until now, and I’d like to have planted them by early March if conditions are good. They’ve been stored at 3-4 degrees until just before Christmas, and then I switch on the ethylene generator to promote stem numbers and control chitting.

“Market forces completely determine what we do. Some supermarkets want more audits than others and there are different schemes. Both Red Tractor and LEAF are good schemes, but it all adds a bureaucratic overhead.

“Some of our potatoes also go to wholesale markets in London, where the chefs are very particular and prefer Maris Peer. To be fair it is a good eating potato, but there are new potato varieties coming along that can grow 1.5million tubers per hectare with better agronomic attributes – it is the height of breeding technology. But the consumers want Maris Piper and Maris Peer so that is what we grow.”

The farm also produces onions, grown as sets for supermarket sales, and sugar beet, which goes to British Sugar for its Silver Spoon brand.

There is an anaerobic digester run by a third party on site supplying gas to the national grid. The farm grows maize and energy rye as a feedstock for the plant, which in turn produces liquid and solid digestate as by-products, which are used by the farm as a fertiliser.

“We store 20,000 cubic metres of digestate,” says Nick. “That’s going to supply most of the nutrition we need for our crops.”

Originally owned by Strut & Parker, the plant is now run by a professional AD operator called Material Change, which, Nick points out, “is producing far more gas and digestate, which is excellent.”

The other by-product, CO2, is sold into the drinks industry and goes to the Greene King Brewery in Bury St Edmunds.

A major challenge for Nick is the soil, which varies in quality and depth across the farm.

“Our soil type varies hugely across the farm. Some fields are a blowing sand, which means if March and April are dry, the wind can wipe out any small sugar beet plant. We have started sowing barley between the rows of sugar beet to stop the blow. The barley is up just ahead of the beet, and we then spray it off in May when there is enough crop cover.

“We have weed beet issues, and we’re trialling a new technology that sprays out the weed beet. Last year we were one of the first in our grower group to try Conviso Beet and it performed well.

“Previously the field yielded 26t/ha of sugar which is – well, you might as well not bother. This year the Conviso Beet yielded 85t/ha. The costs increased by £100/ha, but this field was amongst our highest yielding.”

“The mineral fertiliser usage is going down hugely. Now I’m tailoring it for each field based on the soil and digestate analyses. 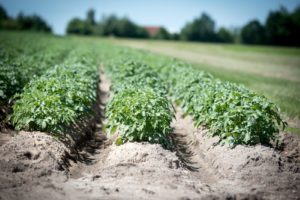 “I’m working hard with an external consultant to improve the management of the soils. At pH 6.5-7 you’ve got full availability of micronutrients, but as you go higher than 7, the calcium in the soil starts to lock up more and more of the nutrients. All our soils are high pH – two fields are at 7 while the rest are 8-9 – so we have a lot of issue with lock-up of phosphate, manganese, and magnesium.

“I analyse with soil cores every three years right across the farm, but with the potatoes or onions, I analyse each year.

“We now also do tissue analysis. With a growing plant, you take the newest leaves in spring and summer, send them to a laboratory and the results come back three days later. They can tell you if the crop is short of nutrients and you can then apply a foliar spray onto that crop to redress the nutritional balance.

“This liquid digestate has a highly available nitrogen, so I’d rather use this in the spring rather than the autumn as there are very few crops you can use it on in the autumn.

“There are the Farming Rules in England for water and while I understand the drinking water aspect and the environmental side, we need clearer guidelines – some of the rules are practical, but some are very theoretical.”

Use of cover crops

A big change in farming practices in recent years has been the use of cover crops, says Nick.

“Much of this land, ten years ago, would have been left bare as we are predominantly a spring cropping farm. Now we grow 240ha of green cover crops between our cash crops.

“This is for several reasons. Firstly, to provide cover for wildlife; secondly to improve soil organic matter and structure; and thirdly it gives us an outlet for our digestate – we can use that on the cover crop to stabilise the soil and protect the machinery, and it will then be incorporated into the soil directly or via sheep. It also makes the farm a far better place to look at in the winter, and the numbers and variety of bird life is also improving over the farm because of strategies like these.

“We graze over half of these cover crops with sheep that belong to a local farmer. He buys sheep from the uplands and fattens them down here. He pays me on a per sheep per day basis, which covers the cost of the seed, so financially it’s balanced.

“The other point with these cover crops is as an experimental potato cyst nematode (PCN) control. This pest eats the roots of the potato, limiting its ability to take up nutrition and water, hitting yield. We have high levels of PCN, Rostochiensis and Pallida. Some varieties of potato have tolerance against one of these or the other, but unfortunately our ability to diversify is limited, because if you are growing table potatoes the consumer just wants to buy the well-known varieties such as Maris Peer and Piper. There are far better potatoes to grow both agronomically and for eating quality, but the general public prefers the well-known varieties.”

“For Red Tractor we have to justify all of our irrigation decisions. To help with this, we have installed soil probes, called EnviroScan, which go down a metre and read the water content of the soil at four difference depths. The sensors are solar powered and communicate via 4G. I get a daily update so I can see how the crops are using water with an app on my phone. However, it is a guide – I do still go out with my spade to check!

“As we know, the better the soil structure, the less water runs through. Building organic matter is difficult on this land. We hope for some small increases but certainly we look to maintain the existing levels.

“Since these irrigation tools first came out 25 years ago, I have learnt to irrigate much less than I was then. The technology has been valuable, but I still use my own decision-making. It has to be balanced with the weather forecast – an inch of rain tomorrow and I might not irrigate – because of course plants need a mix of water and oxygen so it’s important to balance irrigation. 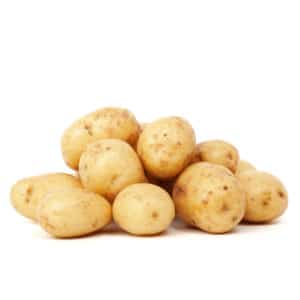 “The other thing we do with technology is the sprayer – I can sit in my office, write my spray recommendations, then send them to the sprayer driver, who can then complete that and mark how long it took and how much input has been used, which is important for food safety. I know exactly where they are on the farm, how fast the tractor is moving, and how much fuel they’ve used, all from my office. This is through the CASE Connect system from the tractor manufacturer.

“We manage the data through Gatekeeper. It’s complex and takes a lot of setting up; you’ve got to set up all the fields, all the areas, all the machinery. But then after that it’s just like a paper record: ‘I ploughed field x on date y and applied this amount of input’.

“It’s a big database; we’ve got over ten years of field records going back. Gatekeeper can also be used to guide the tractors via GPS, allow you to set variable seeding and application rates and monitor inputs. I probably don’t even use half of its capability.”

“Being a member of Agri-TechE helps us keep aware of what tech is available, and what’s coming on stream. We’ve had the big wins now in terms of 10% gains, so now we’re looking for those smaller percentage gains and the tech has got to be cost effective – so membership helps us evaluate that.”