All I want for Christmas is a crystal ball 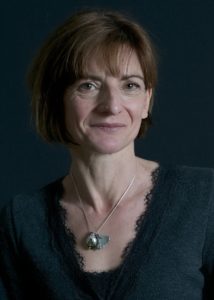 “Plant breeding makes a huge difference in virtually every area of everybody’s life,” says Dr Penny Maplestone, CEO of the British Society of Plant Breeders (BSPB). She is set to speak alongside experts in agronomy and agri-engineering at the festive opening of Agri-Tech East’s 2017 ‘Pollinator’ series – ‘A New Agriculture – What Will the Future Hold?’ which has been rescheduled to 12th January 2017.

The British Society of Plant Breeders (BSPB) is the trade association for the agricultural and horticultural plant breeding industry in the UK, and has 67 plant breeders and breeders’ agents as members. These companies are developing new varieties of all the main agricultural crops, forage crops, amenity grasses and vegetables.

We spoke with Penny about the benefits of plant breeding, the big issues in the industry and for a sneak peek of her agri-tech wish list for Santa…

Penny says: “Plant breeding has a huge influence on the food we eat, increasing the nutritional and processing quality of crops and yield gains for a growing population. It also contributes to the economy – we know that for every £1 that is invested in plant breeding, £40 is generated in the wider economy.

“The development of new varieties can also help build resilience to environmental change. Disease and pest resistant crops are essential as part of integrated crop management as farmers lose access to effective chemistry and could help to reduce spraying and fuel consumption, resulting in input savings at farm level. Increasing yield from the same area of land can free up other land for biodiversity.”

“Plant breeders have to forecast what the market is going to look like in around five to ten years when developing a new variety,” continues Penny. “They are not thinking what’s the farmer doing right now? When they are deciding what parents they are going to cross, and what their breeding targets are going to be, they must consider what the farmer or end user is going to want in the future.”

In addition to this challenge, the UK exit from the European Union will have consequences, whether positive or negative: “Brexit offers some threats and some opportunities, so we are exploring those at the moment. There are some things we can have some influence over such as ensuring that varieties continue to have effective IP protection in the UK. Other issues such as the free movement of seed depend so much upon what happens more broadly in relation to trade and access to the single market. There may be an opportunity from Brexit for the UK to take a lead in deciding how to regulate plant breeding innovation including gene editing without having to wait for the EU to make its mind up. The UK Government has a real opportunity now to promote the UK as an international centre of excellence for innovation in plant science and its commercial exploitation.” 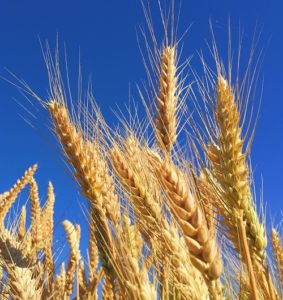 The creation of new plant varieties is a complex and costly process, so steady investment is crucial. Plant breeders’ rights enable breeders to charge royalties for the use of their varieties. BSPB acts as their royalty collection agency.

Penny explains: “Wheat is the most important crop economically; it takes somewhere between five and ten years to breed a new variety – it takes longer for grasses and potatoes. Therefore the royalties paid are essential, as the only source of income that the plant breeders have for reinvestment in their breeding programmes.”

As the process is so costly and the lead time so long, it is very difficult for a newcomer to enter the industry: “While our membership level has increased over the last few years, there are virtually no start-ups in plant breeding, only acquisitions and mergers. For example, to be a competitive wheat breeding company with significant market share you need to be spending somewhere between £1.5 million and £2 million annually.”

Before a new variety can enter the market, it must undergo the testing stage. When successful, the variety is placed on a National List or a register of new varieties: “BSPB is currently the organiser for the National List trials, which have to be undertaken for two years before you can legally market the variety. There are also recommended lists for most of the major crops, so BSPB works in collaboration with the levy bodies on those. We work with AHDB to produce lists for cereals and oilseeds, and have similar collaborations for sugar beet, herbage and other crops.”

To make the National List, varieties must be assessed for Distinctness, Uniformity and Stability (DUS) and for agricultural crops Value for Cultivation and Use (VCU). Using cereals as an example, approximately 30 characteristics of the plant are inspected to verify that it is distinguishable from other varieties, that they are uniform and stable from one generation to the next. Grateful for farmers’ support Under the Plant Varieties Act 1997, farmers must declare all Farm Saved Seed (FSS) to the BSPB and pay for the use of eligible varieties. FSS is seed saved by a farmer from his own harvest to sow the next crop. FSS is approximately a third of total royalty income.

For the past decade, the BSPB has worked with the NFU on the ‘FAIR PLAY campaign’ – establishing a level playing field and explaining the rules of FSS. The campaign now focuses on thanking farmers for their support and highlighting the innovation achieved as a result. “Farmers understand that what they are paying for is an investment for their future, in terms of the continued delivery of new varieties,” says Penny. “The vast majority of farmers are very supportive of plant breeding and they recognise the advantages that innovation brings to them.

“Some farmers will always use certified seeds, others will always use as much FSS as possible and some will use a mixture. When farmers choose to use FSS most choose to do it professionally, using the services of a mobile processor to clean and treat that seed but all use must be declared and paid for whether or not a processor’s sevices are used.”

All I Want for Christmas…

With Christmas nearly here, one of Penny’s agri-tech wishes for Santa is an ability to see into the future to gain an understanding of what the farmer and end user would like to see from plant breeders.

To hear Dr Maplestone discuss this further, along with some other wishes, please register to attend ‘A New Agriculture – What Will the Future Hold?’ on 12 January 2017.