Act now to plan for the future 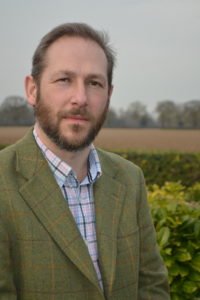 With crops springing back to life after a long winter, many farmers will be spending time behind the tractor wheel and thoughts may turn to the future. A few brave souls may also think this is a great opportunity to open discussions with the children about the succession of the family farm, but with 53% of farmers having no plan in place for transferring the farm between generations, it seems many are ignoring this issue, says Michael Mack of Savills.

The older generation brings a lot to a business: stability, experience, continuity to name a few attributes. However, if a sector is dominated by older business leaders it can experience limitations to growth, or, simply put, a lack of entrepreneurship.

Entrepreneurship at a sector level represents the attitude of the businesses to taking on risk. In farming this could be about adopting new production technologies, implementing new governance approaches, or the adoption of diversification and environmental systems.

Research undertaken by Lincoln University concluded that farmers between 35 and 45 years old showed the highest level of productivity; however, to achieve this the group run their businesses with higher levels of liabilities and will spend the most on asset purchasing. Data from the Government’s Farm Business Survey shows that the farmers in the younger age group achieve an average gross profit 88% higher than farmers over 75. Additionally it also shows that the use of labour on the farm was 39% more productive. It’s also worth noting that the HSE has identified that farmers who are over 65 are twice as likely to be subject to a fatal farm accident.

In all of the above we have not thought about the fact that behind most farming businesses is a family. It’s all too common for farming families to fall apart through conflict generated by the process of welcoming the next generation into the business. Very often it is the fear of this conflict and the repercussions which prevents the older generation from addressing the thorny issue of succession planning.

In the workshops and conferences I run on succession planning I will usually ask the attendees about how they feel about the process and what is stopping them. The same answers come up: fear of change, fear of failure, fear of stopping, fear of not being able to treat all the children equally. Interestingly, the issues of tax planning and legal matters do not raise their head. 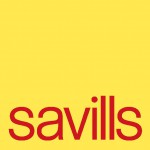 To maximise the uptake of new innovations into farming there is a need to provide the farming community with the support and skills needed to implement the process of succession change. The changes coming to farming through Brexit may instigate the process for some businesses and families. However, we as industry professionals, supporters and commentators also need to step up to support each of these families to initiate the process of introducing the next generation of farmers to the roles and responsibilities of business managers and leaders.