July 2017 saw a group of students from Earlham Institute, UEA and JIC join a Norfolk Young Farmers’ visit to Frontier trial plots at Honingham Thorpe Farm. The visit was hosted by two Emilys, one of whom was a previous YIF attendee!

Frontier has several trial plots looking at how well different varieties of wheat, oil seed rape (OSR) and barley perform over the growing season, taking note of anything that that could affect the yield and also running fungicide and insecticide trials to measure plant susceptibility. Things like lack of water (or, as recent weather proved, too much water) could be seen to stress different varieties more than others, for example, with some plants falling other due to weather this season.

I suppose I had been expecting to see variety X is best yielding in barley, variety Y in wheat but I discovered that making the right decision for each farm involves so much more than that. There was a lot of thought about risk vs security which needs to be decided by each individual farmer and their agronomist. Variety Y might yield 8% over average, but it might also be much more susceptible to fluctuations in temperature – do you take the risk that weather will be as predicted to reap better yield? 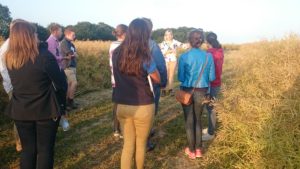 Other things to take into consideration are things like when the farmer wants to plant – if they want to plant later in the season (perhaps after harvesting a previous late crop), an earlier flowering OSR might not be the best choice.

Asking farmers to try something new can be difficult, but not always due to resistance from the individual. For example, an agronomist may have recommended variety X because last year it did well in trials – but this year we’ve had an extended dry season with intense downpours which means that variety has performed badly. The problem is, the farmer now thinks that variety is no good or they were given bad advice, when in reality it was a result of unexpected weather conditions. Unfortunately it’s a very expensive case of bad luck for the farmer in question, so I can see why you’d be reluctant to give it another go, but equally 8+ years of research has gone into producing that variety to be the best on the market, as we’ve learned previously.

Not only are there different varieties, but also different groups of wheat, based on protein levels – do you want to grow group one, which can be used for bread making and fetches a higher price per tonne but requires more input, or a group four, generally used as feedstock but less demanding to grow?

I guess what I really started to understand during this visit is that actually, it isn’t all about yield, yield, yield. It’s 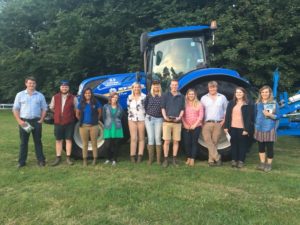 about knowing your specific soil type, diseases your area is more likely to get, how the variety fits into your overall rotation, what the weather will be like this year, what demand will be for that group…so many factors influencing the decision made! Even after taking all of this into account, it’s not until 6months+ later that you’ll know if you made the right decision. Often the results are out of your hands – even if you’ve grown a superb crop, exchange rates might mean you can’t export surplus, or you might have had to apply extra fungicide due to more virulent diseases, knocking your profit margin down.

I hope what our scientists took away was that research needs to be about more than just increasing yield, and realistically we need to be trying to improve all elements of crop traits to really help increase yields and ensure adequate production for the future.

If you enjoyed this blog, I recommend you take a look at our blog about seed breeder KWS, who work at the other end of the chain.  You can also sign up for our quarterly YIF mailing. 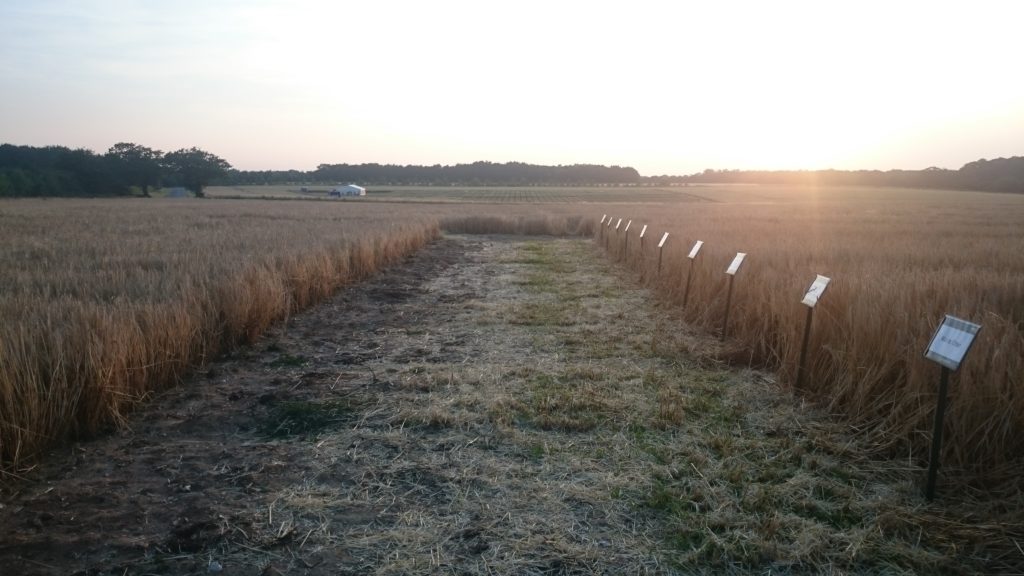