Our latest venture for the Young Innovator’s Forum took us to TGAC, or The Genome Analysis Centre (TGAC)  (now known as Earlham Institute) on the Norwich Research Park. A combination of 40 young farmers and early-stage scientists came together to explore the work that TGAC do in the agricultural sector, and to talk about how science and farming can come together to face some of the challenges that will hit in the industry in the coming years.

We kicked the evening off with some presentations from the scientists themselves on their projects. We covered all sorts, from running real-time field video monitoring with Raspberry Pi computers (and being able to run monitoring programmes right from your laptop) to identifying specific genes in a plant. 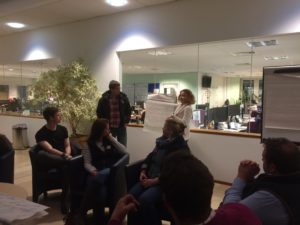 What really got everyone’s interest was the potential to sample air for crop pathogens. The idea is simple (in theory!); to have a box with a kind of ‘air vacuum’ that could suck in the air by your field, and analyse the DNA in the air for specific pathogen types – all within a few minutes. Whilst we might be a way off from achieving a finished product just yet, early work is proving fruitful – and it’s very plausible that we could see this technology on the market in the next decade. This kind of research is vital in alerting farmers to diseases that they may not be able to detect visually for 2 weeks – allowing a preventative solution to be applied in precise locations where necessary.

We moved on to taking some tours round the lab. TGAC’s facilities are cutting edge, and we were able to learn all about how they sequence these tiny bits of DNA in the lab. One thing that surprised a few of us were the robots that they can employ to carry out the work for them, expanding their capacity immensely. Scientists, don’t worry though – they still save the delicate jobs for humans (such as sequencing ancient bones, where only a finite DNA sample may be available) as the robots can give less yield or a poorer result. 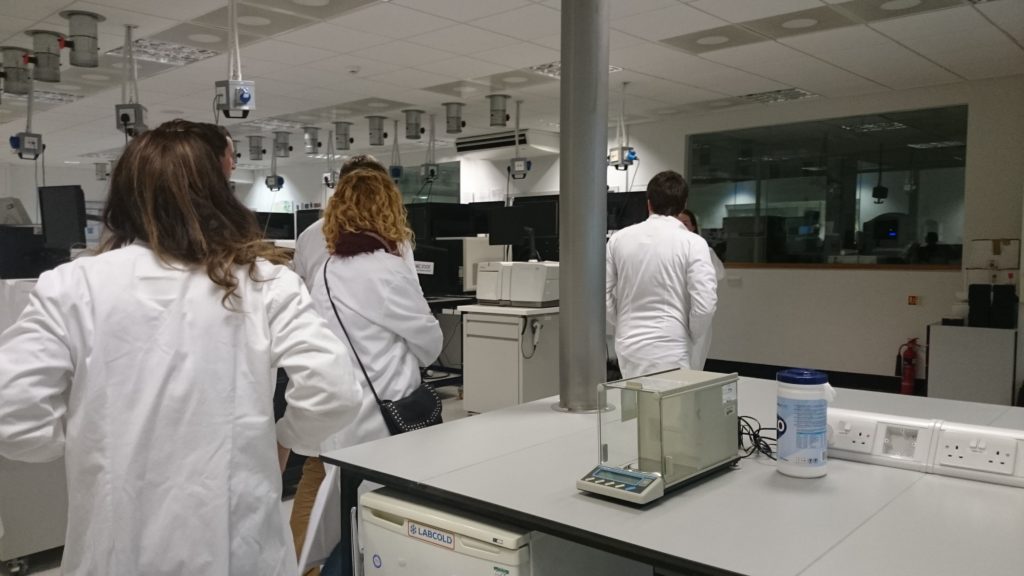 The feedback discussions were very fruitful – and by the end, some scientists had penciled in times to take a visit to our farmer’s land! Whilst the biggest challenge will always be weather, it was agreed that science can help producers target what they do. Science will change agriculture, and the suppliers need to work with the scientists to make the most of the technology available to us – and vice versa! Scientists need to get infield and test their work to make it ‘farm-proof’.

One comment that for me really highlighted why we need these links came from some of the scientists. ‘Apparently there is a big problem with blackgrass, which many of us hadn’t heard about – so maybe we need to work on a spray treatment for that’. By bringing together these early-stage groups, we are passing knowledge between each other that could have real benefits to our industry – and these ideas could well have been missed without these discussions. (Perhaps an extreme example, but you get the idea…)

I was astounded how naturally this relationship came to the YIF – for them, working together seemed a very clear way forward for the future. Now, to get this message across to some of the more experienced workers in the industry…! 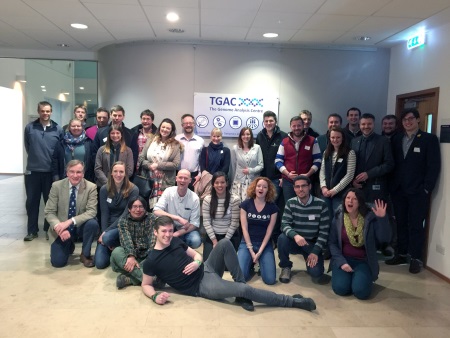