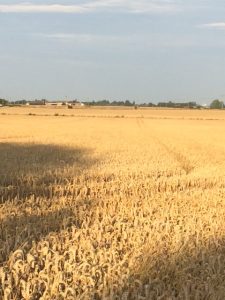 How wheat creates a chemical defence to disease

Wheat defends itself against disease by producing chemicals, new research has led to the discovery of the several sets of genes that are switched on in response to an attack and a new molecule named ellarinacin.

The research by the Osbourn and Uauy groups of the John Innes Centre leveraged recent advances in mapping of bread wheat’s complex genome to make the discovery.